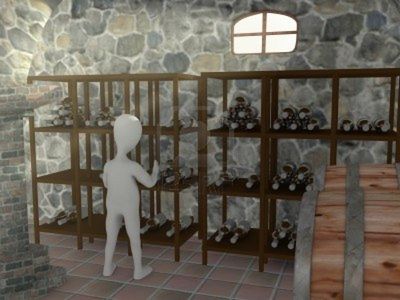 Although according to Jancis Robinson the shortage reports are highly exaggerated, the reason for this forecasted wine draught seems to be three consecutive difficult vintages in Europe, culminating in the 2013 vintage, rather than an increase in consumption.

In general the X Generation is seen as:

So how does this generation think when it comes to wine?

Five years later, in 2001, a report, “Marketing Wine to Generation X” , A work in progress By Roz Howard and Jenny Stonier also came to the conclusion of how important it is to market wine to the X Generation.

Now 17 years later, the X generation is between 32 and 52 years of age – in the prime of their lives – and to have them as wine drinkers could only do the industry good. So are they?

It seems that the ageing Baby Boomer generation is still the main consumers of wine while many recent articles focus on the potential of Millennials (also known as Generation Y) as wine drinkers, but Generation X is not regarded as wine consumers of note.

It seems that the theory that people form their drinking habits in their 20’s, only caught on of late and that is why after the boom of wine drinking during the Baby Boom generation, the X generation has been somewhat neglected. Wine marketing continued to focus on Baby Boomers resulting in a missed opportunity for wine when it comes to the X generation who are now out of their formative 20-somethings.

The X generation is now at a stage where they are earning decent salaries and have families and while it might be too late to turn this generation as a whole into wine consumers of note, perhaps creating an experience around wine might still do the trick.

The Great Wine Capitals of the world hosts an annual international Best of Wine Tourism competition, encouraging wineries to add more tourist experiences to the cellar door. Now other wine-related activities attract non-wine-drinkers to wineries and even make them more familiar with wine as a lifestyle choice.

In my opinion, wine tourism has a very important part to play, but saying that, the wine industry definitely should not miss the opportunity of focused marketing efforts especially directed towards generations in their formative stages, such as the Millennials who are now in their twenties.

Let’s discuss this next week.