Wine on the Red Carpet 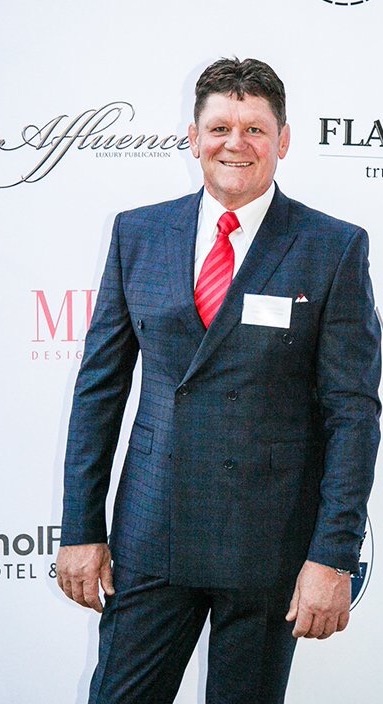 Recently I attended a glitzy event with a ‘dash of red’ theme and it felt a bit like being on the red carpet! Perhaps a bit out of my comfort zone, but luckily my fellow carpet walkers were great fun and the event very enjoyable – also because I was able to introduce them to some La Motte wine!

The announcement of the annual Academy Awards earlier this week reminded me of me few seconds in the limelight and with the film, Days of Wine and Roses performing well, I thought about how as with literature and art, wine has inspired movie themes.

I have written before about how wine marketing has changed. How the focus has shifted from product to experience. How we have to explore the stories behind our wines and find creative and entertaining ways to tell them. Perhaps going as far as a feature film is not what necessary, but it is hard to resist the lure of a good adventure or drama or even just the entertainment of a romantic comedy. From light-hearted romance between the vineyards of Tuscany and France, to suspense and crime, exploring family relationships and documentaries about the life of a sommelier, wine has been at the centre of quite a few movies. (Please note credits at the end)

The Secret of Santa Vittoria (1969): In 1943, the German army occupies the Italian hillside town of Santa Vittoria. The troops want to confiscate the region’s prized wine, but the wily, oft-inebriated mayor (Anthony Quinn) and townspeople hide one million bottles in a cave.

Year of the Comet (1992): Instead of vineyards, the setting is the Scottish Highlands for this caper, in which a prim young woman uncovers the most expensive bottle of wine in the world. Can she and her boorish bodyguard fend off thieves and the temptations of unlikely love?

A Walk in the Clouds (1995): “My family has a vineyard in Napa,” a beautiful, unmarried—and pregnant—woman tells a soldier (Keanu Reeves) returning home from World War II. He offers to pose as her husband, but soon falls in love with her, except her tyrannical father blocks their happiness.

Sideways (2004): “Its flavors… they’re just the most haunting and brilliant and thrilling and subtle and ancient on the planet.” That’s how Miles (Paul Giamatti) describes Pinot Noir in this on-the-road ode to life, friendship and uncorking the perfect bottle, filmed in Santa Barbara County.

A Good Year (2006): Channeling rom-com aplomb, Russell Crowe plays a cutthroat investment banker who inherits his uncle’s chateau in Provence. The lush, tranquil vineyards do not pair with his hard-driving life—or must he change his life to save it? An alluring café owner (Marion Cotillard) adds amour.

You Will Be My Son (2011): A despotic vineyard owner in Saint-Émilion scorns his unassuming son, doubting his ability to take over the business. Instead, he favors his son’s charismatic childhood friend, and family tensions build (French with English subtitles).

Somm (2012): During nearly 40 years, only 220 professionals worldwide have passed the Master Sommelier exam, which is considered one of the crowning achievements of wine knowledge. This documentary follows four candidates as they swirl, sip and study for the test.

A Year in Burgundy: “Born of the meeting between a sensitive film-maker, David Kennard, and a famous French wine-importer, Martine Saunier, A Year in Burgundy is part journalistic documentary and part contemplative art film. The cherry on the cake is the music, some of it composed by Thibault Morey, one of the wine-makers” — L’Actu du Vin

The Vintner’s Luck (also A Heavenly Vintage): A fantasy romance set in 19th century France. The film revolves around Sobran, a young peasant winemaker, and the three important figures in his life – his beautiful wife Celeste, baroness Aurora de Valday and an angel named Xas.