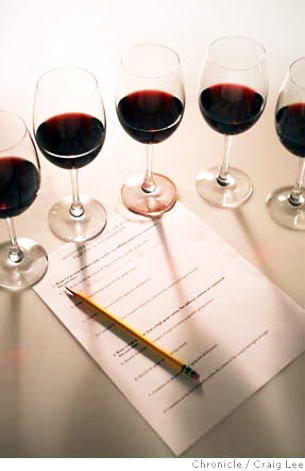 Yesterday I had a wonderful lunch with Penny Richards, Executive Director of the Institute of Masters of Wine as well as Oliver Chapman, involved with the institute’s study programme.

Like me, they are passionate about wine education. I have been involved with South Africa’s Cape Wine Academy for some time. Founded in 1979, the Cape Wine Academy is recognised as the official wine education and training institution in South Africa. It provides a range of social and professional wine courses for individuals and tertiary institutions and together with the Department of Tourism, we have done a very successful sommelier training programme.

As part of the Cape Wine Academy’s programme, the Institute for Cape Wine Masters present the highest formal qualification in the South African wine industry, that of Cape Wine Master. Other similar institutions exist in most wine countries such as the Sydney Wine Academy.

But what are the most important internationally recognised wine qualifications?

The qualification of Master of Wine (MW) is generally regarded as the most prestigious title in the world of wine. And although it started more than sixty years ago as a qualification in the UK wine trade, it is now globally recognised and respected. Today 318 Masters of Wine reside in 24 countries consisting of winemakers, buyers, retailers, academics, sommeliers, journalists and many more.

Because it takes a lot of dedication and cost a substantial amount of money in fees and tastings, most people will not consider taking on this journey for the love of wine, only. The qualification will give one access to the world of wine on a level not easily accessible to everyone in the trade and it will be of exceptional worth when working in the wine industry whether in the fields of wine making, media or education.

Its exclusivity is possibly because of the high standards of the exams and the dedication required from candidates to complete the programme.

“The annual exam is given simultaneously in three locations—London, Sydney, and Napa—and is notoriously difficult: In the past decade, an average of just eight people have passed per year…” says Mike Steinberger

According to the institute’s website: “It is designed to test the breadth and depth of a candidate’s theoretical knowledge and practical skills in the art, science and business of wine. The standard of the exam remains as rigorous today as it was in 1953, when only six out of the 21 candidates passed.”

Could this then be the toughest wine test in the world?

Not according to an article in Forbes magazine. According to them there is no debating the Master Sommelier’s Diploma exam status as the world’s most challenging wine examination – although strictly spoken, it does not only focus on wine.

Another Sommelier-focused academy is the International Sommelier Guild. Although not on the same level as the Master Sommelier Diploma, it will give you a very good general knowledge and understanding of wine. According to Wine Folly: “Conclusion from someone who’s earned the ISG Diploma: Ultimately, ISG is a 9-12 month crash course that gives students the opportunity to build their own wine program and inventory from scratch for practice. If you really want to become a sommelier or wine director, pursuing the Court of Master Sommeliers and actually working with wine is a better resume builder and application of your knowledge.”

Another establishment catering for various levels, is the WSET® (Wine & Spirit Education Trust). Wine qualifications obtained from this institution can be elementary, an introduction to wine, or the level 5 Honours diploma.

And for those believing in the relationship between food and wine, Italy (who else?!) has introduced a MBA in food and wine from the University of Bologna.

It is exciting to see the variety of wine education programmes and whether it is an introductory course on wine appreciation or a serious programme resulting in you having the prestigious MW behind your name, dedicating time and money towards education will always be time and money well spent.