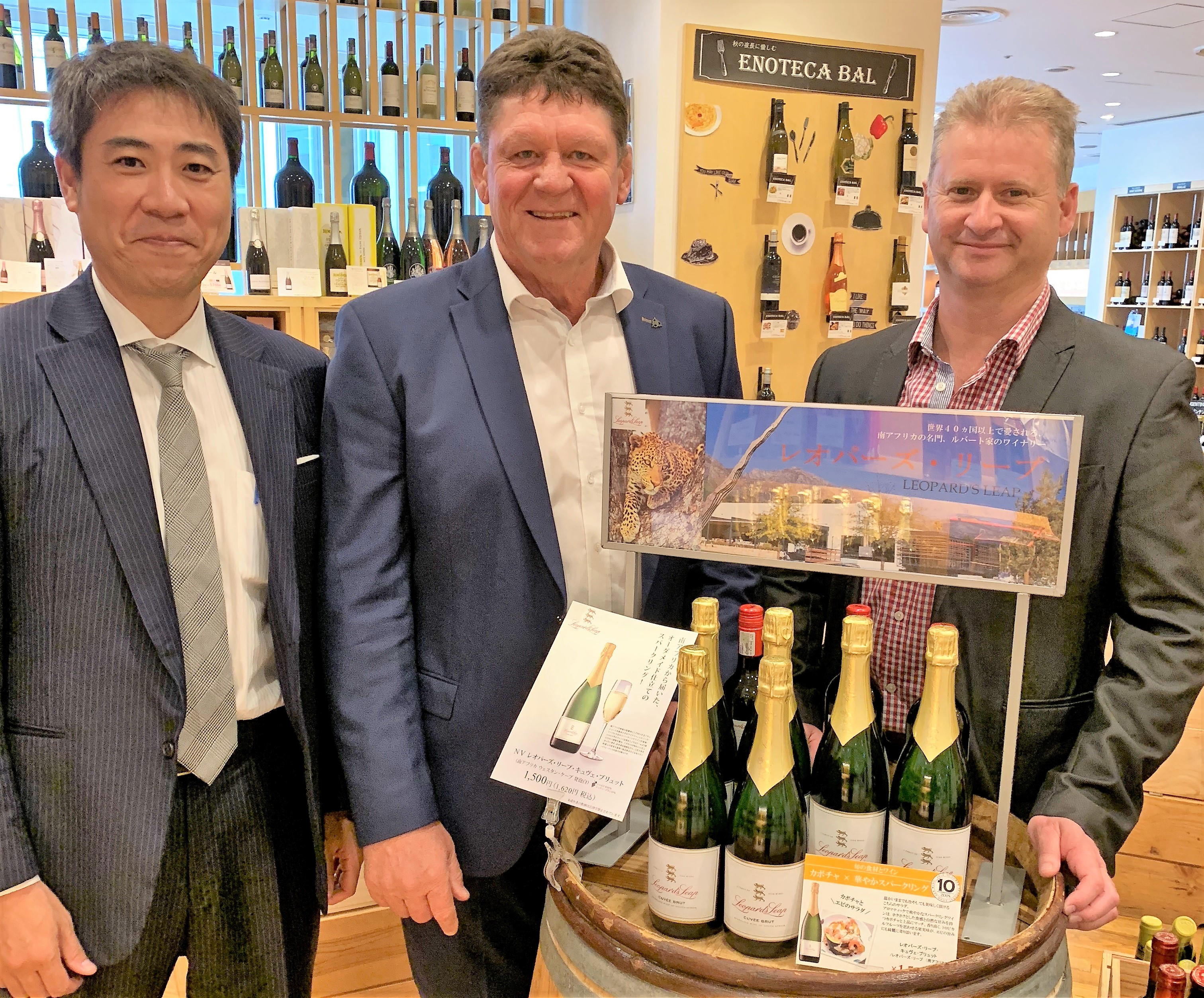 Japan and its culture intrigue me. More than the serenity and zen we often associate with Japanese civilisation, it is also the energy and the enthusiasm that catches my attention on every visit. And there is a definite new energy around Japanese wine. But for those of us exploring new wine opportunities, how big is wine in Japan?

While Japan is better known for Sake and Whisky, recent marketing efforts in London have been focused on Koshu, supposedly the Japanese equivalent of Pinot Grigio. It is promoted as being an exceptional partner to Japanese cuisine and in a cosmopolitan city like London with a diverse food culture, I think it is a great move. Especially as Koshu, according to esteemed food and wine writer, Fiona Beckett, actually works very well with most types of Japanese cuisine! (Read more)

While many of us can be excused for not knowing about Koshu, honouring this culture’s focus on balance and harmony with a wine that works with the often-challenging flavour profiles of Japanese cuisine, can only be encouraged. But Japanese wine culture extends to more than this crisp white wine complementing sushi.

Viticulture has a long history in Japan, but domestic wine production only really started in the second half of the 19th century when Western culture became more prominent. There are 28 varieties of wine grapes commonly grown in Japan with Koshu and Muscat Bailey recognised as native varieties. Wine production on an industrial scale only started in the 1870’s when this symbol of the country’s modernisation received Japanese government support. Despite not having the ultimate climate for vine growing, small winemaking operations can be found across the country with the largest wine-producing region, Kanagawa, east of Tokyo, and Yamanashi. (Read more)

With Tokyo’s exceptional culinary culture, the city is also Japan’s wine hot spot. Wine consumption in restaurants is very important to the industry. The number of Michelin-starred restaurants in Japan is the highest in the world with 217 in Tokyo, 89 in Osaka and more in Nagoya. Consumption at home is, however, also increasing. Wine accounts for 4.2% of alcoholic beverage consumption in China. Domestic wines make out one third of the total wine consumption and more than 60% of wines consumed in Japan are, therefore, imported. (Read more)

Japan is indicated as one of the Asian wine countries with the most potential for imported wine and is South Africa’s second biggest Asian market after China. Currently French wine accounts for the biggest volume by value, followed by Italy. Purely based on volume, Chilean wines make out the biggest portion of imported wines in Japan mainly due to the agreement on import duties between Chile and Japan. South Africa is number seven on the list.

Japan’s population is 127.18 million (Number 11 on the list of global population sizes. China is the biggest with 1 415.04 million). (Read more) The Japanese population is however in decline because of lower fertility and a growing elderly population. Despite this, Japan’s population still offers much more opportunity when it comes to size than some of South Africa’s biggest wine markets such as the UK (66.57 million) and Germany (82.29 million).

Per capita consumption in Japan has been on the increase, not only because wine has become more popular, but also because of the population decline. The average per capita consumption stands at 3 litres per person, with the UK at around 24 litres and the US around 10 litres. Much opportunity here!

Wine is still a very price sensitive commodity in Japan and most wines sell below $15 in the retail. While this market segment – where wine is purchased to enjoy at home – is growing, it is also here where the price sensitivity and the struggling economy are most obvious. While wine prices globally are generally low, Japan’s $15 does not compare too bad against the average bottle price in the UK, $7.17 (£5.56) and in the US, $13.

The Japanese wine market still follows the traditional road to market via importer and distributor to the retail, on-trade or fine wine shops. Online wine sales are not yet that popular. While wine e-commerce will surely blow over from China, the current traditional sales model is familiar and not a barrier to entry.

As Japanese consumers are becoming more familiar with Western culture and trends, wine will surely become more of a lifestyle. The country has already produced 3000 sommeliers and with its passion for champagne, has imported 12.8 million bottles between 2016 and 2017, making it the third biggest importer of champagne in the world. (Read more)

I don’t think it will be a waste of time to focus our efforts here!