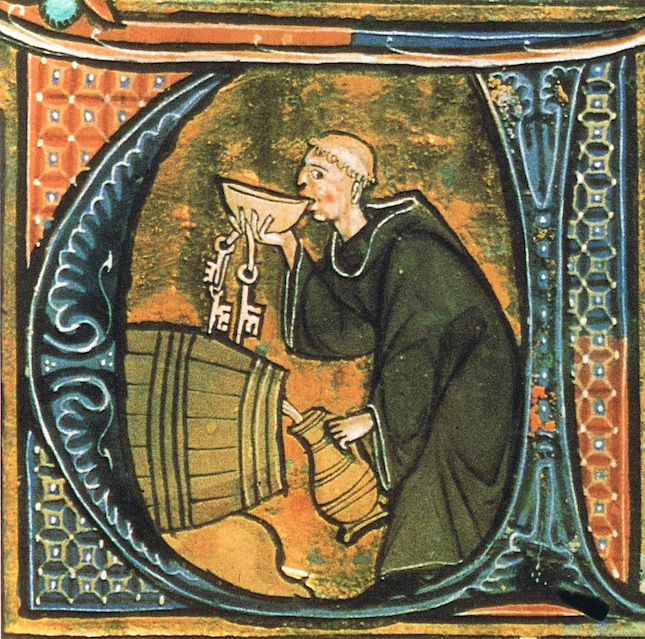 This week I visited our wine importers and agents in Ireland, Classic Drinks. Enjoying the lush green countryside, hospitality and golf courses of this beautiful country, I was thinking on how wine culture made its way to Ireland. Wanting to learn more, I found a very interesting article by Susan Boyle of A Wine Goose Chase.

I was surprised to read about the long and rich Irish wine culture – in fact, the country has 2000 years of wine history!

According to her article, the Celts first brought wine to Ireland. “Shards of wine-stained pottery have been found dating back to Celtic times. It is thought that their stone carvings in Newgrange were inspired by designs copied from Greek wine pots.”

Growing their own vineyards would have been problematic taking into account the notorious Irish climate and wine trading became an important industry. Being boat builders, the Celts were able to establish trade routes between Ireland and the continent, so that “by the time Christianity came to Ireland, the Irish were already knowledgeable wine drinkers.”

Enter the Monks. Being educated and well-travelled some of them established vineyards in other parts of Europe, shipping the wine home to Ireland.

According to culturelocker.com the Irish were such good wine merchants that they even supplied the English armies fighting their Celtic brothers in Wales and Scotland as wine was a safer option than “water of uncertain purity.” Irish emigrants in the wine trade were called winegeese and today still the The Ireland Funds WineGeese Society celebrates wine, food, and art of Irish provenance from around the world.
But, as Susan says in her article: “the golden age of Ireland and wine was yet to come!””In the 17th century a Dutch engineer drained much of the swampy land in Bordeaux, revealing some of the most perfect wine growing terroir in the world. At the same time, members of more than 200 Irish families, fleeing political turmoil in Ireland, settled in Bordeaux and transformed the wine industry. These people are known as the ‘Wine Geese’. In Bordeaux their legacy is; fourteen chateaux, ten streets, two wine communes and one public monument bearing Irish names. These Bordeaux wines have influenced wine making across the globe.” Think about French Château’s such as Barton, MacCarthy and Dillon.
What an interesting history – and one I was quite unfamiliar with!