Welcoming China to the Winelands 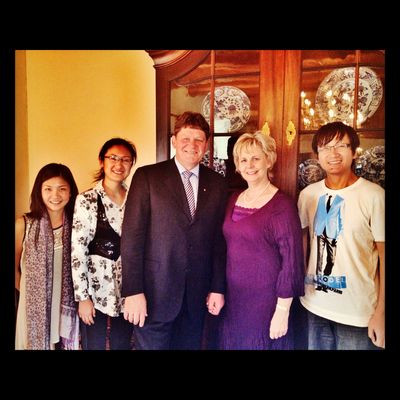 Our focus on selling wine in China has been a regular topic in my blogs and while volumes are growing, it remains a difficult task. The average consumer in China does not know much about South Africa, not to mention South Africa as a wine country!

We realised that part of marketing wine to China, is introducing South Africa to the Chinese. The Chinese people (and Asia in general) must be introduced to South Africa as a tourist destination in order for them to be more familiar with the country and its lifestyle. In return, this will support our efforts to market and sell wine.

This is also true for other industries, even where lifestyle and a focus on food and wine is not an important feature. In China it is all about relationships and nothing builds better relationships than inviting Asian guests to South Africa and introducing them to our friendly hospitality, beautiful country and natural assets.

Once again, this highlights the importance of Wine Tourism and Tourism in general, when it comes to building and maintaining international relationships.

Of course China’s endeavours in Africa are well publicized but this angle is quite different to creating awareness of the tourism offering.

Working on a Sales Incentive Programme with our Chinese partners, Perfect China and as part of our efforts to showcase South Africa to the Far East, we invited two influential Chinese journalists to South Africa: Mr Xu Cangzhu, the Chief Editor of Gateway, an in-flight magazine for China Southern Airlines, the world’s third largest airline, which carry more than 8 million international and domestic passengers a month and Ms Xiao Ling, the editor of Southern Metropolis Daily one of the biggest publishers in Guangzhou Province.

They spent a few days in the Franschhoek Valley to be introduced to the culture and lifestyle of the Winelands while interviewing important role players in the Wine and Tourism industry.They will also be visiting the luxurious private Game Reserves, Sabi Sabi and Singita in Mpumalanga province.

The idea is that the combined efforts of the publicity generated by the Chinese media and the incentive programme we are running will bring substantial numbers of Chinese tourist to South Africa.