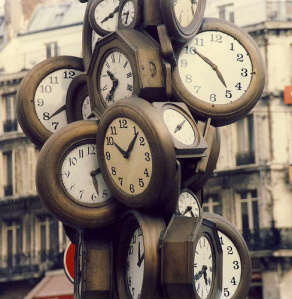 While Eskom’s load shedding and daily schedule of power outages is still the number one topic of conversation in South Africa, it has been going on long enough for some to abide by the fact that for certain times during the day they will be without electricity and for other to start thinking of solutions in order to make their lives easier.

While it is an inconvenience to everyone, it seems to be small businesses who suffer most. Households can survive, big corporations have alternative solutions and generators, but small businesses are struggling. It is more than the corner shop cafe struggling to keep its ice-cream cold, it is companies bargaining on electricity to get their jobs done and with no power, there is no income.

Fin24.com reports that one of the short term solutions being proposed by acting CEO of the SA Chamber of Commerce and Industry, Peggy Drodskiethe, is for South Africa to be divided into four time zones to help alleviate the country’s power crisis. “The power is no longer an Eskom problem, it’s a national problem,” she told reporters in Johannesburg. The four time zones would be a temporary solution, allowing some provinces to start their working day earlier, and others later. (The other proposed solutions)

Herewith a few Pros and Cons I could think of and found online: (see list of sources at the end)