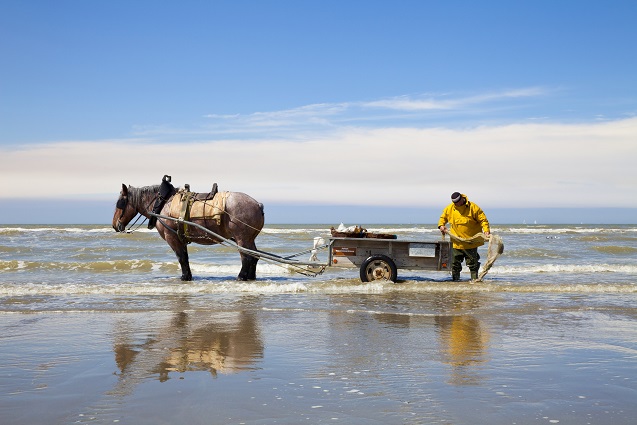 Can heritage be a trend? Is it not integral to society? Is it perhaps that, in the search for meaning in the modern day, we are reaching out to history and traditions? Is this why heritage cuisine and even heritage tourism are so popular?

It is easy to lose touch with our traditions and culture in today’s world, but it seems that after a quick futuristic adventure, we are yearning for honesty and originality. In fact, technology might be driving us towards authenticity. An authentic experience with a real story is also the reason why tourists want to eat like the locals. On my recent visit to Brussels and an in-depth introduction to the Belgian food culture, I again realised the importance of heritage cuisine. Fashion calls it the New Heritage and in a similar way, trendy cuisine is all about taking culinary heritage and making it relevant for today.

Ever considered travelling to Belgium to experience shrimp fishing on horseback? This tradition is just one of the unique listings on the Unesco’s list of intangible cultural heritage of humanity. This is an amazing list that recognises “practices, representations, and expressions, and knowledge and skills which are transmitted from generation to generation and which provide communities and groups with a sense of identity and continuity.” In my opinion, culinary culture meets these criteria to a T and explains why it has become such an important part of heritage tourism.

The Intangible Heritage List celebrates Belgium’s shrimp and beer as well as the Mediterranean diet of Italy, Spain, Greece, Morocco, Portugal, Cyprus and Croatia. Other culinary traditions to make the list includes traditional Mexican cuisine, Croatian gingerbread making, Turkish coffee and Washoku or Japanese cuisine. One I find really special, is the Gastronomic Meal of the French that celebrates more than the food, but also the tradition of togetherness around a meal and the feeling of family and community. (Read more)

Are there any wine regions on the Unesco list? Indeed! Decanter.com compiled a list of these bucket list wine regions that include France’s famous Champagne region, the Loire and Bordeaux and St-Emilion. Hungary’s Tokaj, Italy’s Piedmont and Pantelleria, Portugal’s Douro Valley and in Germany, the Middle-Rhine are also included.

But heritage tourism entails more than eating (and drinking) like the locals. “As defined by The National Trust for Historic Preservation, “Cultural heritage tourism is traveling to experience the places, artefacts and activities that authentically represent the stories and people of the past and present. It includes cultural, historic, and natural resources.” (Read more)

Of Unesco’s list of world heritage sites, 9 are located in South Africa.  More than the incredible wild life, nature and sunshine, South Africa’s rich heritage of cultural diversity makes it popular under tourists for the stories it has to tell. The heritage sites include:

Heritage is much more than a trend and it has to be celebrated. Suddenly holiday planning gets a whole new dimension and might just include shrimp fishing on horseback in Oostduinkerke, a shadow puppetry show in China or India and Fado music in Lisbon!

Feature image: Oostduinkerke, Belgium – May 18, 2013. A Shrimp fisherman with his barrow and powerful stallion fishing for shrimps in the Belgium North Sea. The low tide water is reflecting the scene.