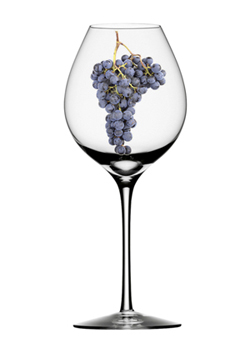 Just when you think a low fat diet will ensure longevity, a professor comes along and preaches high fat for the same result. While in South Africa, Professor Tim Noakes’ book and diet prescriptions are the talk around most dinner tables, another professor this week gave an opinion that contradicts exactly what most of us in the wine industry believes.

The Drinks Business reported that a French professor is claiming terroir to be a myth: “Top wines such as Champagne and Rioja are not successful because of the chemistry of the soil, the climate or local knowledge, but because of a concentration of expertise, according to a work co-authored by Professor Valéry Michaux, director of research at NEOMA Business School in Rouen”.

She says: “The presence of a strategic alliance between professionals contributes significantly to the development of a single territorial umbrella brand and thus its influence. A strong local self-governance is also essential for a territorial brand to exist.”

According to her then, the similarity in the character of wines from the same area is not that important when it comes to the success of the area. If a certain wine-growing area is successful, it should be attributed to a “collaborative effort between like-minded winemakers and producers”, rather than the influence of climate, soil and altitude.

Quite a statement – especially coming from a French person! The romantic notion of the French wine industry suggests exactly the opposite – that it is all about terroir and the resulting, recognisable taste characteristics.

Reading the comments on the article, it is clear that most people do not only think of terroir as a romantic notion and a nice story to tell. They believe in the idea of terroir and the professor is accused of many things – from being ignorant to seeking sensation.

While I agree that cooperation between wineries within a certain area can help with the marketing of the area’s wines, I do believe that ultimately it is about the quality of the wine – something that largely depends on the quality of the grapes.

In today’s Business Day Live, well-respected South African wine critic, Michael Fridjhon, also emphasised the importance of provenance, saying: “For punters of “authentic wine” the importance of site is paramount. Even though science cannot fully explain why one piece of dirt produces better fruit than another, there is enough empirical evidence to show that over time some vineyards yield quality wines which have a consistent smell and taste. In other words, provenance alone accounts for the uniqueness of the end product.”

We all know that there are a variety of factors playing a role in what ends up in the glass – the winemaker’s preference, winemaking methods, the oak used, the maturation period and storage conditions – some even believe in the influence of the moon. (Nowadays you can download an app that predicts the flavours of the wine based on the lunar cycle!)

But while there are many contributing factors to the style and taste of the wine, the one central ingredient, with the most influence, is the grape. (Granted, you can harm beautiful fruit with too much oak for example, or enhance mediocre grapes with skilled winemaking.) Perhaps I have been a follower of the terroir-theory too long, but I can’t see how one can get away from the fact that what you get from the grape depends on where it grows. How sunlight, wind and water, nearby vegetation and the fertility of the soil, impact on your grape, the core ingredient of your wine.