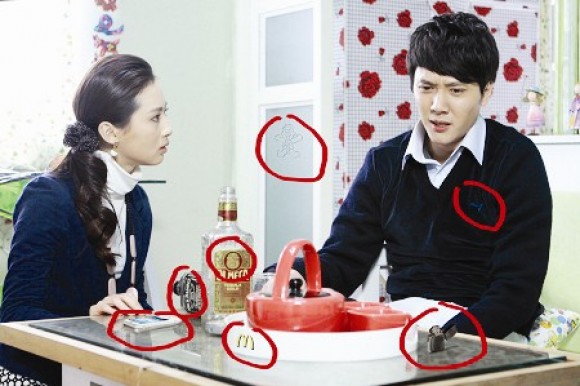 Next week we will host 240 delegates from the Perfect China Sales Team in the Cape Winelands to introduce them to the beautiful new cellar at Val de Vie – the home of L’Huguenot wines.

We have come a long way, but reaching success with your marketing efforts in China is not something that comes overnight or without hard work. For us, it was very important to have Chinese partners who could help us understand how things work in China. One of the important factors to consider is branding. What works in your native country or Western markets, does not necessarily work in China.

It is important to realize that “saving face” concept is too ingrained in Chinese psyche which also drives motivation behind purchase choices of the vast majority of buyers in China. High brand status of items that are meant to be displayed in public, among friends and in social situations is something that plays a much larger role in decision making than it does in the West.

A typical consumer would prefer buying an item that is known to be expensive and prestigious vs. those that may be more unique or of higher quality but less well known.

The persistent perception of everything made in the West or by Western companies (this loose definition would include Japanese and Koreans as well) being associated with high quality is something that is not going to change anytime soon. Goods that are made locally are often considered inferior in quality, durability and utility. Unfortunately, “made in China” label is still fairly unpopular domestically, just as it often comes across outside of China. Of course, this reputation is not always deserved on both sides but it is what it is.

Marketers would be well advised to make sure to emphasize the “foreign” nature of their products for the maximum effect.

While in the West, product endorsements by celebrities is often looked upon with a fair amount of scepticism, it does work in China. People trust celebrities here, even if it is only on an emotional level, and they try to emulate their apparent choices and lifestyle.

The fact that those celebrities may have heard about the brand which they are endorsing just right before the shoot and if they got the same watch it was probably pushed on them for free anyway, is a moot point for most buyers of those brands.

Chinese just love brands, period. Mere 25 or so years of this country being open and exposed to Western-style capitalism just wasn’t enough to satisfy this hunger. Now, as more and more Chinese finally have the material means to afford a comparable lifestyle they remain much less discriminatory in their brand choices as would be the case otherwise.

Brands that are not considered luxury ones by any means in the West have repositioned themselves to be perceived as the top ones in China. Here, Pizza Hut joints evolved into full-blown restaurants with waitresses and lavish modern decor and Holiday Inn hotels are modern skyscraper serving top-notch breakfast buffet as opposed to filtered coffee and doughnuts which they do in North America.

While product placements in TV shows have been in decline in the West, it still remains fairly efficient in China. Chinese audience is much more likely to associate with the brands they saw in soap operas vs. a typical Western viewer.

Companies that intend to market products suitable for those type of settings should certainly consider this route.

On average Chinese social media user follows 8 brands. Chinese are also much more likely to share their brand experience, both negative and positive, through social media, making marketing via those channels highly effective.

There are many levels to social media marketing with some similarities with the familiar Western equivalents but also with significant differences. The sheer size of China’s online community of over 600 million and the proliferation of e-commerce makes marketing through social media channels an absolute must for any brand.

Somewhat related to point 1, seeking acceptance by peers of the same social status is a powerful motivator in purchase decisions. Going against the current is not a very common thing to do for a Chinese, being unique and original is valued much less than being accepted in a social circle.

Recommendations by friends and peers clearly play an important role too. Motivating buyers to share their favourite brands and products through social media drives brand awareness and creates a valuable favourable buzz around it.

When a typical Chinese consumer is presented with the choice between a fashionable item of low utility vs. no-brand but a functional one, he/she goes with… fashion. Once again, the status symbol (see point .1) is chosen over utility and, often, value.

This feature underscores the importance that Western companies should put into image building of their brand. Selling the most functional product would be tough if the brand is unknown or not perceived as a prestigious enough. Again, it may have nothing to do with the actual quality or overall value of such a product.

In China, cities are often categorized into tiers (read more about China’s city tier system here). Currently, only 4 cities make the 1st tier list: Shanghai, Beijing, Shenzhen and Guangzhou. Buying behaviour and brand perception may differ significantly among people living in different cities in China, a distinction that is unlikely to play a major role in Western markets within the same country.

The differences go beyond the actual purchasing power or disposable income differences and have more to do the levels of prestige and perceived value of a product. For example, lower-tier cities’ consumers are somewhat less conscious about value-based buying approach that is more prevalent in the top tier cities.

Read more on this here.

Being environmentally friendly or socially responsible has become a well-accepted part of the marketing strategy in the West. Unfortunately, in China, such claims would do little to promote a brand. Surveys show that those concepts play very little role in shaping a favourable opinion about a particular brand.

Traditionally, the Chinese believe that taking care of the environment in the area of the government and paying to finance social causes through buying a particular brand is not considered something worth doing by an average consumer. Whatever the case may be in the future, for now, the companies shouldn’t be putting much stress on those concepts when it comes to product marketing in China.