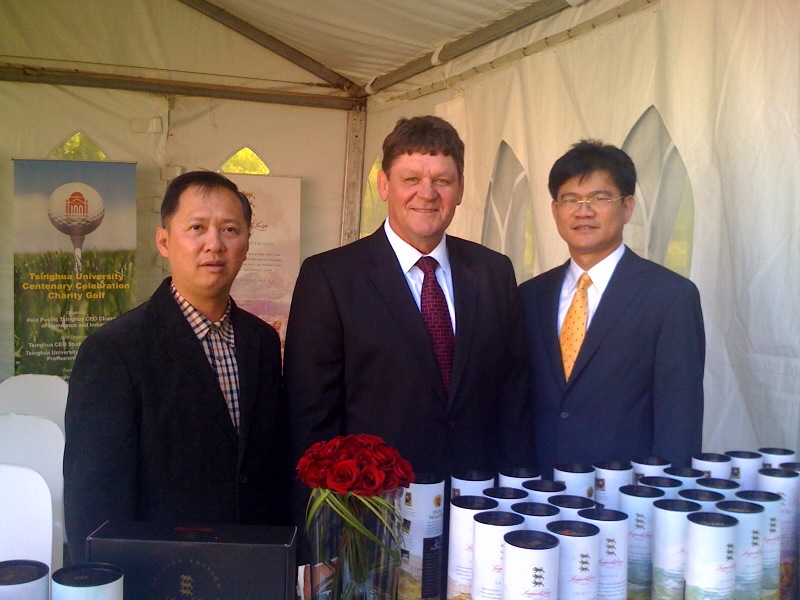 We are happy to announce that Leopard’s Leap is further strenghtening its ties with China by being the official wine sponsor of the Tsinghau University Centenary Celebration Golf Challenge.

Tsinghsau University in Beijing is considered to be the best university in China, on par with American Ivy League colleges and Oxbridge. The university has been the educational institution of choice for many of China’s leading politicians, including the current Chinese president, Hu Jintao.

For the event,100 golfers will be invited to take part in a bid to raise RMB 1 million to contribute towards Tsinghau University’s education fund.

The sponsorship was announced at a media event at Leopard’s Leap in Franschhoek, attended by Chinese dignitaries. In the photo above is myself in the middle, with Mr Nelson Tan Jyh Yaong, director of Prestige Wine Cellar (left), and Mr Woo Swee Lian, President of Perfect China (right).