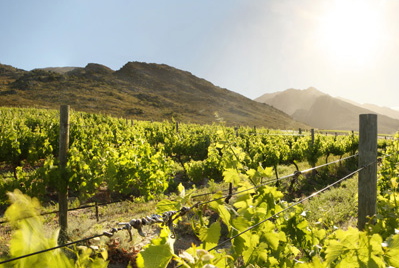 SAWIS, the South African Wine Industry Information & Systems, has just released its projections for the 2011 wine grape crop. Below are extracts from the SAWIS press release.

The 2011 wine grape crop should amount to 1 351 993 tons, according to the crop estimate by the industry (producer cellars and viticultural consultants) on 30 November 2010. This represents an increase of 7.3% compared to the 2010 crop, but is nevertheless 5.2% smaller than the record crop in 2008.

The 2011 wine grape crop – including juice and concentrate for non-alcoholic purposes, wine for brandy and distilling wine – is expected to amount to 1 043.7 million litres, calculated at an average recovery of 772 litres per ton of grapes.

In all wine regions, except the Orange River region, the estimated increase should be between 4% and 18% compared to the 2010 crop.

The reasons for the good crop expectations are mainly due to the smaller yields of 2010, a favourable post-harvest autumn period in 2010 with good accumulation of reserves in the grapevines, sufficient winter cold and subsequently a good budding percentage.

So far the climate has been mild, resulting in very good growing conditions; up to now the grapevines have been very healthy and no fungal diseases or serious outbreaks of pests have been observed.

Gale force winds which caused considerable crop losses in 2009 have been absent this year. Fluctuating weather conditions during the flowering period caused slightly uneven fruit set and looser bunches in later cultivars especially, the effect of which will only be seen later in the season.

Related Articles
Leaked Draft of SA Alcohol Legislation Bans Advertising
The leaked Control of Marketing of Alcoholic Beverages Bill drafted by the Department of Health which totally prohibits the advertising and ...
Read More
Robert Joseph’s Predictions for 2012
The UK market remains a major destination for many South African wines, so it was interesting to read renowned international wine author and...
Read More