As readers of this blog will know, both La Motte and Leopard’s Leap have used social media for sometime now, so I was interested to read the latest research note from Internet research firm World Wide Worx which reported that social media has gone mainstream in South Africa.

“South Africans have embraced social media as a core pillar of Internet activity in this country, along with e-mail, news and banking,” the report stated.

The number of Twitter users in South Africa has increased 20-fold over the last year and was recorded at 1.1 million mid-2011. “As in the global environment, not all Twitter users are active users, with only 40% tweeting, but probably as many simply watching, following and using it as a breaking news service,” the report stated.

The number of Facebook users was pegged at 4.2 million, with 75% of users having visited the site in the year up to August 2011. LinkedIn, the  professional networking service, saw an 83% growth of South African users to reach the 1.1 million mark in 2011. 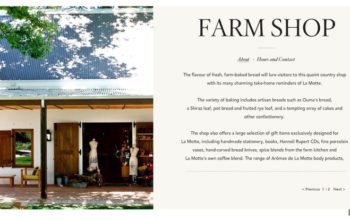