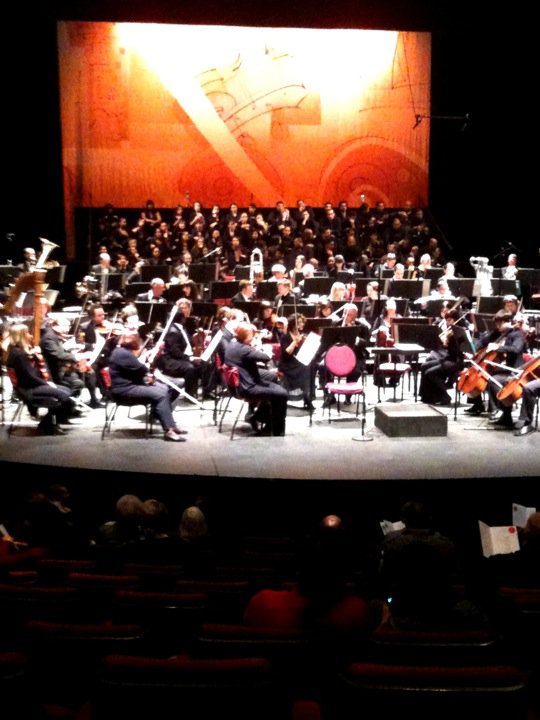 My wife Hanneli sang today at a performance of the Nagasaki Symphony by Russian composer Alfred Schnittke to commemorate the 65th anniversary of the 1945 atomic bombing of the Japanese city of Nagasaki which left 270,000 dead.

Hanneli, performing under her professional name Hanneli Rupert, sang in the fourth part of the Nagasaki oratorio. The oratorio ends with a Hymn of peace, urging world peace and that such a thing should never happen again.

Hanneli, who is one of South Africa’s leading mezzo-sopranos and Lieder recitalists, performed with the Cape Philharmonic Orchestra under the baton of conductor Owain Arwel Hughes.