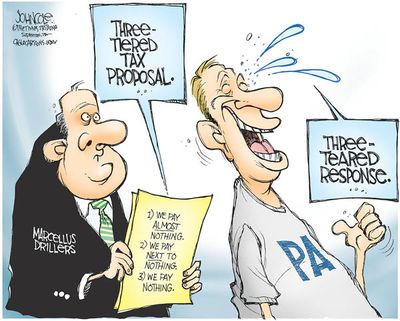 On a recent trip to America, I was once again struck by what a vast country it is. We predominantly travel to Europe where streets are narrow, houses tightly knitted together and in the countryside at least, shopping from the grower or manufacturer at a market or his own boulangerie or cellar is the norm rather than a trend.

Then you get to America. Suddenly my South African way of thinking is challenged. Now I am in a country bigger than what I am used to and everything is bigger – streets are wider (to accommodate the big cars!), portion sizes are enormous and shops and malls are not only big but offer an amazing variety.

Suddenly you understand that selling wine in this market needs something more than introducing your wines and winemaker to the prospective customers. How much more, is what I am touching on today.

Anyone exporting wine to the USA or who has ever attempted doing it, will be able to tell you about the dreaded three tier system. But why is this system in place?

The three tier system was introduced after the repeal of Prohibition in 1933. The 21st Amendment specifies that “the power to control alcohol resides with the states, leaving each state to decide when and how to repeal Prohibition.”

That means that states were looking for a way in which to regulate the alcohol industry that would ensure control as well as a method to collect taxes. Although the three tiers are implemented in each state, the laws and nature of application varies from one state to the other and to sell your wines in the whole of America therefore means that you have to get to grips with 50 sets of rules.

What are the three tiers? They consist of the producer or manufacturer, the importer or distributor and then the retailer. In most instances neither is allowed to fulfill more than one role. Producers can only sell to wholesale distributors who can only sell to retailers and only retailers can sell to the consumer.

Suddenly it is clear why getting into the US market is no easy feat. Even when you have done all the hard work to find an importer that understands your brand and one you trust to represent your wines, you have to also find a retailer that buys into your product and then you still have to introduce the consumer to your wine.

While the distributor obviously has a vested interested in the retailer’s support and the retailer in the customer’s, it will be the producer who is at the biggest loss if a product does not perform and is being delisted. In my opinion therefore, our job as wine producers is not only finding a suitable distributor, but also finding a way to support the retail and to introduce our wines to the consumer. It is hard work and relationships, as everywhere else in the world, would be of the utmost importance.

Opinions on the system differs.

He goes on to quote the following people in the wine trade:

“When I started in the business, there was an additional 14% tax levied on wine and alcohol purchases in the state I worked in,” says David O’Day, director of wine for Del Frisco’s Double Eagle Steak Houses and Sullivan’s, which have restaurants in 15 different states. “After opening many new locations, I saw how different states and even counties use the system. I understand the system is to regulate, control, and collect taxes, but I have always felt that in some states, the laws are outdated and unreasonable.”

Peter Granoff, MS, of Ferry Plaza Wine Merchants in San Francisco and Oxbow Wine Merchants in Napa, California: “We live in a business culture that holds up free markets as the ideal, and yet, when it comes to the distribution and sale of alcohol beverages, we tolerate a fragmented, arcane, arbitrary, inefficient, and sometimes blatantly protectionist system. Defenders of the status quo who benefit, both commercial and bureaucratic, usually point to the fact that alcohol is a socially sensitive product that must be sold in a regulated marketplace. It’s not that I have a problem with the three-tier system,” he explains; “it’s just the fact that it is mandatory. There are many industries that don’t mandate intermediaries between producer and consumer where there are also thriving wholesale firms. Given the explosion of small producers and the geographic dispersal of buyers, I can’t imagine a business landscape functioning without dynamic, successful distribution companies.”

Dale Sparks who has worked both sides of the street feels strongly about the need for the distribution tier. “Distributors provide restaurants and retailers with tens of thousands of line items available at their fingertips,” he says, “and I do not know of a single independent retailer or restaurant that can afford the personnel, storage space, and capital it would take to duplicate that. Ultimately, the consumers benefit from choice and competition.”

Jeff Porter, a fine-dining restaurant buyer calls for more far-reaching modifications. “My first change would be to federalize alcohol laws in general,” he says. “The most imposing challenge to distribution is not the distributors, suppliers, or wineries, but the 50 state laws that regulate the sales and transportation of alcoholic products.” 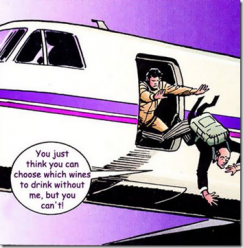