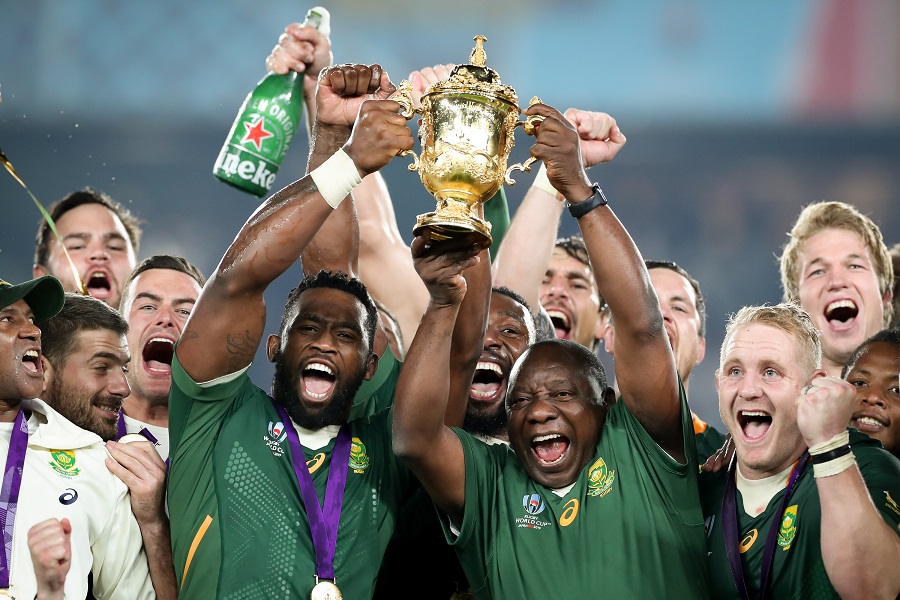 What a triumph for the whole country when Kolisi lifted the William Webb Ellis trophy! In the afterglow we see potential – in each other and in our country. In some way, this reminds me of the Ramaphoria of early 2018. But what happens after the high? When reality kicks in, are we seeing the change we so desperately hope for?

During his Investment Conference this week, Ramaphosa announced that R363bn in new investments, with the potential to add more than 400 000 jobs over the next five years, was pledged by the private and public sectors. (Read more) But with an economy that is predicted to grow with a meagre 0.5% in 2019, how does Ramaphosa convince investors about South Africa’s potential?

Ramaphosa is definitely talking the talk. I listened to a discussion on RSG this week and found the emphasis on communication and symbolism quite interesting. We often focus on results. We hear the promise, but we want to see action, change. And really, no one can blame us – we have been listening to promises for a while. While there is no getting away from the fact that a corrupt government has set us back with a decade, we have no option other than to start again. Whether we want one or not, we need a new promise.

Honesty is non-negotiable, but we all know the power of perception. In order to attract direct foreign investment, Ramaphosa and his team have to manage perceptions and focus on what it is that makes South Africa competitive and growth- and business-friendly. We urgently need to create jobs, but we also need the investment and the buy-in of big international corporations to stimulate employment. By being clever in the way we talk, we can attract skills and investment to enable the turn-around we so much need.