Population of World’s Most Endangered Leopard Grows in China 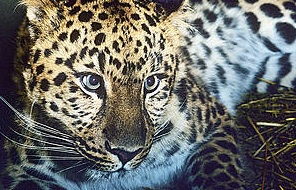 The WWF recently sent out a press release that please me both because of the long association that Leopard’s Leap has with the protection of the leopard as well as our business interests in China. Below are extracts from the press release:

“Northeast China’s Jilin Province Department of Forestry says the endangered Amur leopard population has almost doubled in the province, and now numbers between 8 and 11 individuals according to findings from a new survey.

“The results from the first-ever study to exclusively examine Amur leopards shows that traces of the rare big cats are now being found over a much larger area in and outside of northeast China’s Hunchun and Wangqing Nature Reserves, covering about 4100km2, an area similar in size to French Polynesia.

“‘The Amur leopard is critically endangered, and this research into population monitoring, habitat restoration and population migration characteristics is urgent for the survival of the species,’ said the head of WWF-China’s Northeast Programme Office, Dr Zhu Jiang.

“The Amur leopard is incredibly rare in the wild, and the species is the most endangered feline in the world, surpassing even the Amur tiger in rarity. Less than 50 now live in north eastern China and the Russian Far East.”

The photo of the leopard is by David Lawson.