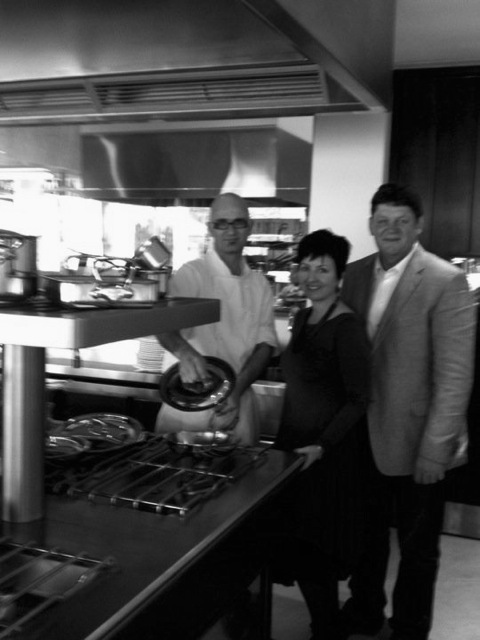 At the end of August we will be launching the Pierneef a La Motte restaurant which will be situated in a new complex built on the La Motte estate. The complex will also include an art museum and farm store.

The restaurant will focus on traditional Cape winelands cuisine to which we will give a modern interpretation. In the coming weeks I will be sharing more information about the restaurant and our culinary vision. You can also follow us on Twitter at @pierneeflamotte.

In the photo above is, from left, head chef Chris Erasmus, Hetta van Deventer who is in charge of Pierneef a La Motte and is responsible for developing the culinary concept and putting the team together, and myself.