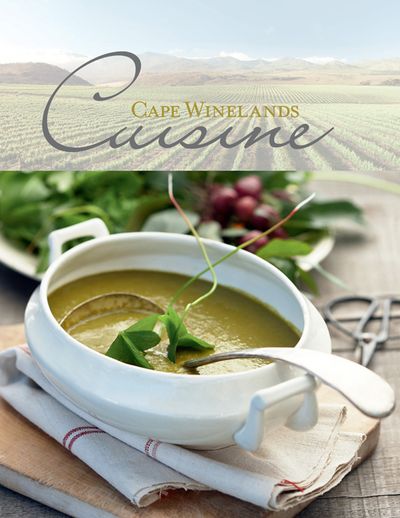 Today’s Business Day newspaper carried a very nice article about Pierneef a La Motte and the Cape Winelands cuisine that the restaurant specializes in. Below are some extracts from the interview with La Motte’s culinary manager, Hetta van Deventer-Terblanche.

“‘As part of the planning of the new restaurant, Hein asked me to research recipes that originated from the Dutch, German, French, Flemish and British settlers that came to the Cape more than 300 years ago,’ says La Motte’s culinary manager, Hetta van Deventer-Terblanche. ‘The idea was to produce a menu unlike any other and to use some of the oldest recipes, ingredients and methods brought to the Cape by European settlers.’

“Van Deventer-Terblanche worked closely with historian and author of Die Geskiedenis Van Boerekos, Hester Claassens. They gathered old recipes, cooking methods and information on ingredients, much of which had almost been forgotten.

“Claassens confirmed the historical facts and science thereof and, with La Motte’s head chef de cuisine, Chris Erasmus, and sous chef Michelle Theron, she began looking at ways of using the dishes on the menu of the new restaurant.

“’We got so excited by what we found and our research and experimentation became so extensive, Hein decided to extend the project beyond the restaurant menu and commissioned me to turn it into a book,” says Van Deventer-Terblanche. “It took me years.”

“The result is Cape Winelands Cuisine ( Human & Rousseau) with photography by Mickey Hoyle, which includes more than 135 recipes and some fascinating historical background about the origins of the methods and ingredients…“The book, which won the South African category of the 2011 Gourmand World Cookbook Awards, contains recipes for things such as mosbeskuit (rusks made with must or raisin yeast); bokkom salad; wentelteefjes (Dutch version of French toast); rolpens (stuffed sheep’s stomach); koningbroodsop (king’s bread soup); frikkadelle wrapped in cabbage or lettuce (meat balls); soetkoekies (spice biscuits); and kolwyntjies (cupcakes).

“The restaurant at the farm, named Pierneef à La Motte because of Rupert-Koegelenberg and Koegelenberg’s great appreciation of Jacob Hendrik Pierneef’s work (don’t miss what is believed to be the largest privately owned collection of Pierneef artworks at the estate ), serves many of the recipes contained in the book, some of which have been ‘tweaked’ by Erasmus and Theron for contemporary appeal”