On War and Wine 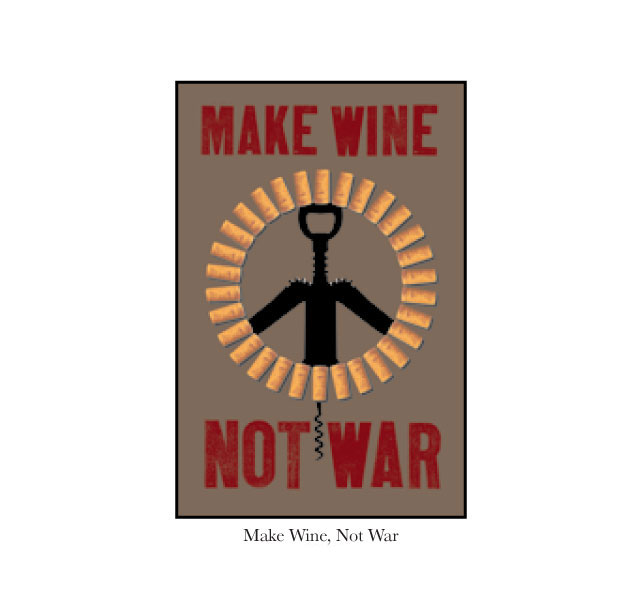 It might be because modern media is so immediate, but it seems that terrorism has become much more a reality than in the past. It used to be something one reads about in the papers, but after the recent attacks it is hitting closer to home. Perhaps it is because of the attacks on civilians, normal, everyday people participating in a marathon or celebrating a day of freedom… Not to be paranoid, but it makes you think twice when planning your itinerary or booking tickets to a big event.

But terrorism in the wine industry? This Wine Spectator article shares a story of recent militant action in France:

“Just before midnight on June 19, roughly 30 masked people attacked a winery facility in France’s Languedoc region, wreaking havoc in a matter of minutes. The group, who called themselves members of the Comité Regionale d’Action Viticole (CRAV), a shadowy organization of vignerons protesting globalization’s impact on wine, attacked the offices of Sudvin, a subsidiary of the Vinadeis wine cooperative, located in Maureilhan near the city of Béziers. According to local news reports, the mob destroyed furniture and left burning tires in several offices. They also tried to empty large wine tanks, only to find them already empty. No one was injured.

A hand-held video obtained by TV station France 3 shows a masked member of the group speaking to the camera, complaining that local winemakers’ vats are full of unsold wine when they should be empty as harvest approaches and blaming wine being imported from other countries at cheaper rates.

“Tonight there are many of us, but tomorrow there will be even more, because we have decided to live with the pride of our trade,” said the unidentified man.

CRAV is a nebulous militant group in the Languedoc-Roussillon wine region with a history of disruptive illegal activities. The organization claims it acts in the interest of the local winemakers, expressing the frustration winemakers face when trying to sell their wines against cheaper imports. Languedoc built its industry with low-cost table wines, but French consumption has been declining for years. Some wineries have refocused on high-quality wines in recent years, but most producers still produce table wine.

Cheaper imported wine from markets such as Spain continues to arrive in the area, however, through the French Mediterranean port Sète, which witnessed CRAV rioting and the destruction of wine warehouses 10 years ago. In the video from Tuesday evening, the CRAV spokesperson cited imports through Sète as a continued source of aggravation. Vinadeis executives could not be reached for comment, but a spokesman told newspapers recently that the group imported very little Spanish wine.

In 2005 and 2006, CRAV unrest was especially prevalent. Domaine de la Baume, owned by France’s then-largest wine producer, Les Grands Chais, was targeted with explosives. Only weeks later, CRAV members threw sticks of dynamite at nearby Ministry of Agriculture offices in Montpellier and Carcassonne. Anger surfaced more recently in April, this time by a group of local winemakers who did not claim to be associated with CRAV. A mass of 150 people hijacked five tanker trucks carrying 90,000 bottles’ worth of Spanish wine and emptied the tanks on the road.”

As with almost all causes, there might be something to say for the reason for the protest or attack. One might understand that the attack is a desperate attempt to highlight the cause. Unfortunately if any sympathy for the cause existed, most of it will disappear when innocent people are threatened or harmed. The fact is that ultimately, terrorism hurts the cause rather than supports it and while I strongly believe in being passionate about what you believe in, resorting to aggression and attack, should never be the answer.