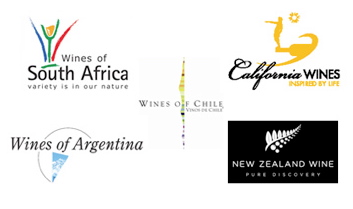 Five of the New World wine-producing nations will be collaborating to present a combined show at Germany’s annual Prowein trade show in March 2010. Argentina, California, Chile, New Zealand and South Africa are all members of the recently formed New World Wine Group.

“The five generic marketing bodies representing the five New World group partners are optimistic about the initiative and believe their combined efforts in promoting the New World as a premium source of wines and as a network of innovation, will generate worldwide interest amongst media and trade at ProWein,” a press release said.

“At ProWein in March 2010, the five group partners will be grouped together in a single hall.  They intend to jointly offer a series of seminars, lectures, presentations and workshops featuring high-level wine trade and academic specialists as well as prominent growers and wine makers under the umbrella theme, Down to Earth.

The group does not  include Australia who declined to join choosing to focus on the East. That decision by the Australians is just as interesting as the combined New World initiative for ProWein.