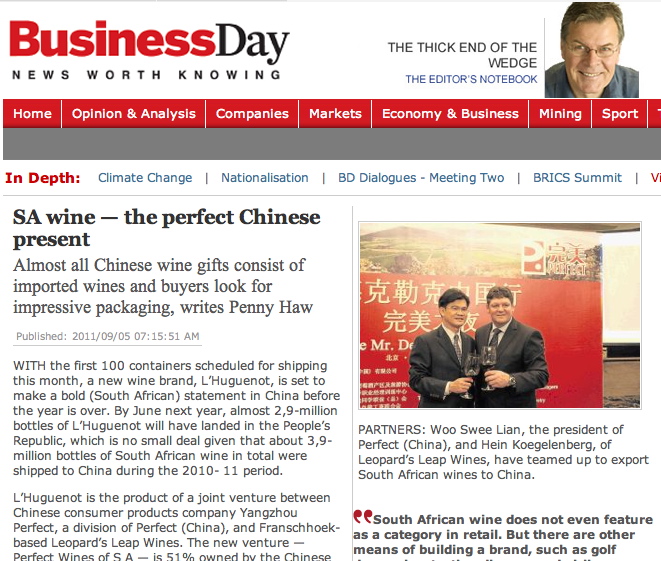 The recently announced Perfect Wines of South Africa deal between Leopard’s Leap and Yangzhou Perfect Co has received a lot of coverage in the South African media, reflecting the importance of the deal in exporting South African wine to China. The most recent article appeared in Business Day, South Africa’s leading English business newspaper, and can be read here.

Hopefully this deal will help open the way for more South African wine to find its way to China. As the Business Dayarticle noted “The hope that is more and more Chinese will elect to drink South African wines as they become available.”