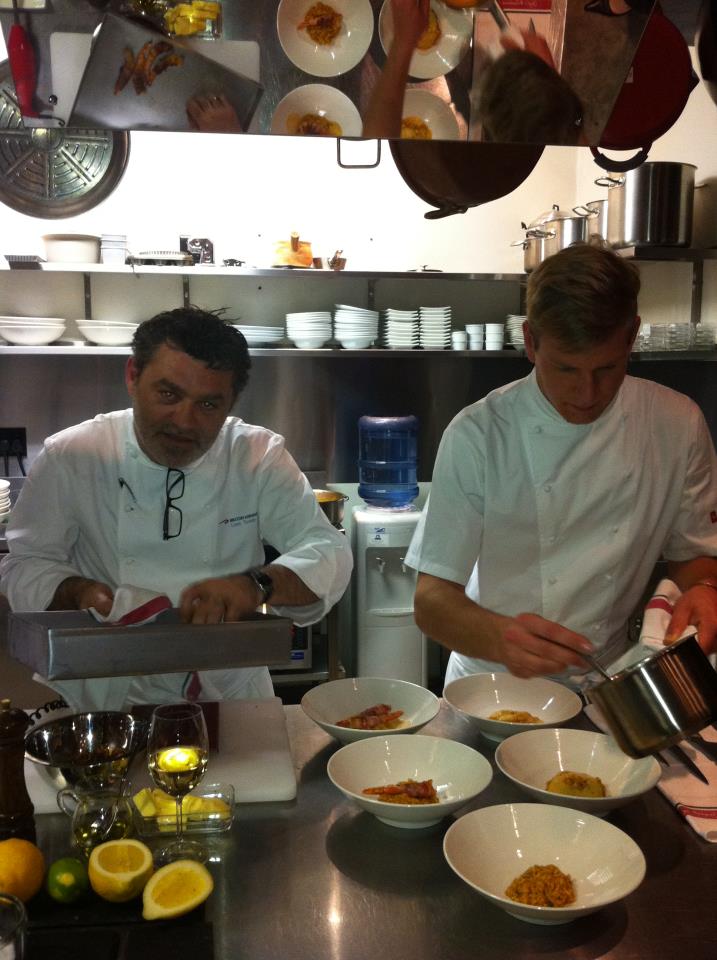 The culinary studio, which will hold cooking classes and demonstration dinners, will be part of Liam Tomlin Food, which will also run a culinary store at Leopard’s Leap Vineyards.

We have just held a media evening for senior food and wine journalists and bloggers to introduce the concept to them. Liam, who prepared a fantastic meal paired with Leopard’s Leap wine, spoke of his excitement to be involved in the project.

Liam, on the left in the photo above, said that in addition to the culinary studio which will feature visiting international chefs, Liam Tomlin Food would also arrange gourmet festivals and tours in the future.

I spoke about Leopard’s Leap Wines and how pleased we were to be partnering with Liam. The new venture showcases our passion for food which joins our other passions of conservation and literature.

From the tweeting that accompanied the evening it appears that our guests were just as excited about the venture and appreciative of Liam’s cooking.

For the record, the menu for the evening was:

A variety of desserts