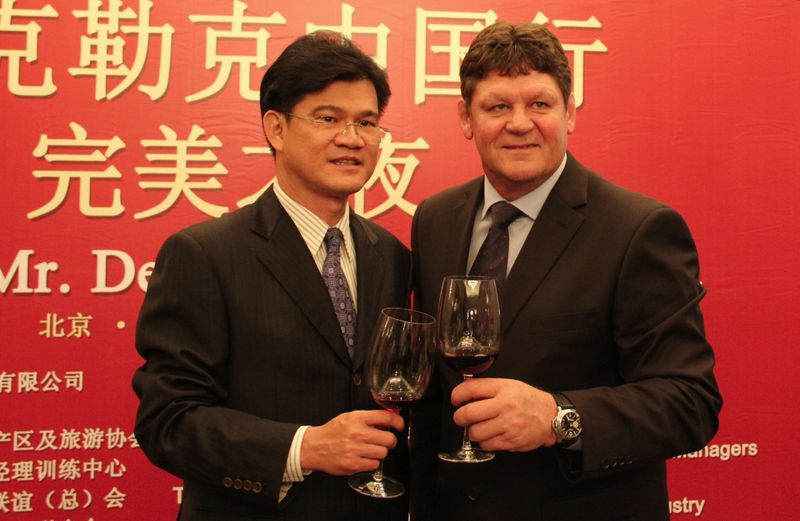 I am very pleased to announce that Leopard’s Leap has concluded a major joint venture with Yangzhou Perfect Co. to dramatically increase the export of South African wine to China, one of the fastest growing wine markets in the world.

Three years ago my team and I identified Asia as an export destination for our wines. The growth in annual exports of South African wine from 1.2m to 4.5m litres in three years supported our decision to look east.

I am proud to have concluded this deal with Perfect (China) President Mr. Woo Swee Lian (in the photo above with me), who also sees the potential of South African wine in China.

Mr Woo and I also share the  same business philosophy of trust, respect and commitment to social responsibility.”

The jointly owned L’Huguenot wine brand is named after the French Huguenots who fled to South Africa in the 17th century and settled in what is now Franschhoek.

The South African wine will be distributed via the 5,000 outlets of Perfect (China).