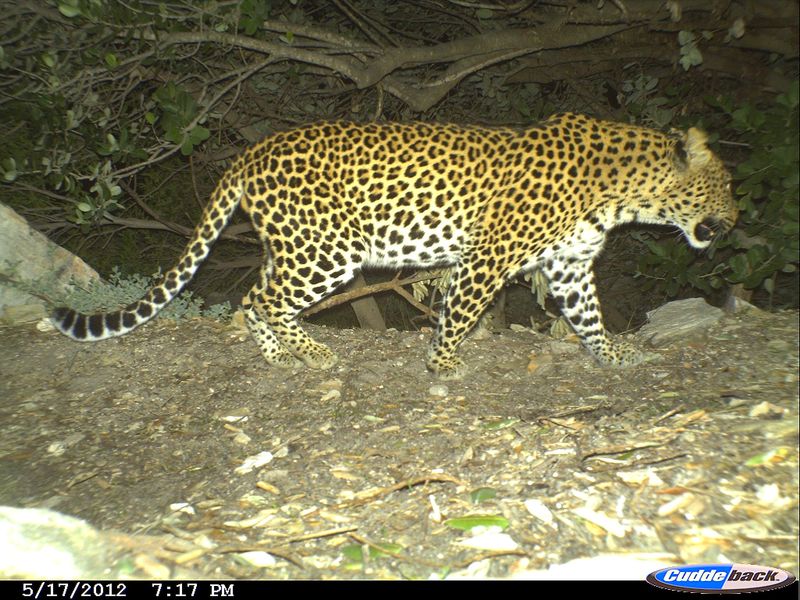 As most readers of this blog will know, Leopard’s Leap is a major sponsor of the Cape Leopard Trust’s efforts to protect the magnificent Cape Mountain leopard which lives in the Cape Winelands.

One of the places where the leopards roam is on the mountains behind La Motte and two of them were recently captured by the camera’s set up by the Cape Leopard Trust. Above are the photos and below is a report on the sighting.

“Two of the leopards adopted by Leopard’s Leap Wines have recently made their appearance again on the camera on the La Motte hiking trail. BF1 (Boland female #1) and BM4 (Boland male #4) have both been photographed here before, and the most recent photographs show them both to be alive and well.

“BF1 was the first adult female leopard identified by the CLT Boland Project camera trap survey back in March 2010. When first photographed, she had a litter of two young cubs which she had subsequently raised successfully. She has since had another litter of twin cubs that also seem to be doing great.” 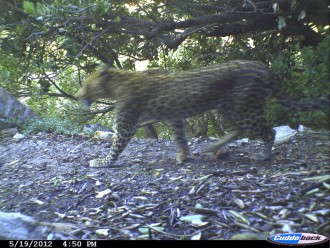