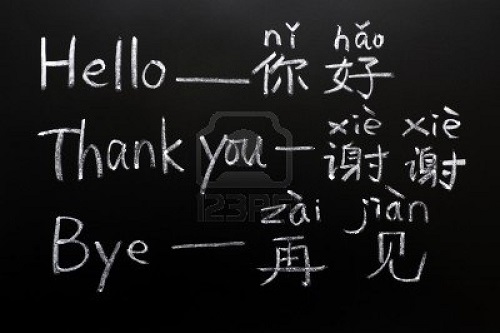 On Tuesday, the Cape Argus reported on plans to introduce Mandarin to South African schools. And although we already have 11 languages of our own to learn, it would be of great benefit if we could efficiently communicate with the Chinese. China is South Africa’s biggest trading partner and good communication would be of great importance if we would like to manage and grow our relations with this economic powerhouse, especially as English is not that commonly used in China.

We have been trading in China for a while now and the cultural differences and language barriers are big challenges to overcome. Understanding your trading partners, their languages, customs and traditions are important and especially so in China where the Eastern culture and customs are so far removed from what we are used to in the West.

Although wine culture is developing gradually, selling wine in China is made difficult by the fact that the Chinese are not traditional wine drinkers, the majority have very limited wine knowledge and their way of drinking wine is to toast and finish in one gulp, not to savour the colour, the nose, the palate. It does not mean that they have no wine culture, but their way of appreciating wine is just different.

In fact, their very culinary culture is much different to what we know and that is not something we are able to or would want to change. We should rather familiarise ourselves with their customs in order to appreciate them and align our ways of trade. China is a big country and palates are very regional – preferences differ from one area to another and the urban culinary culture is much different from what is found in the countryside. (If you are in the wine trade, remember that as they are tea drinkers, Chinese in general are not sensitive to tannin, but they dislike acidity.)

More than culinary differences though, the cultural challenges extend to social and business etiquette. Drinking is an essential part of doing business and refusing a toast would be a serious insult. Everyone at the table is toasted, starting with the host. Toasts are called “Gambei” and the drink is downed in one gulp. Quite different to what we are used to, you are expected to only drink at toasts and not to sip your glass continuously…

When it comes to business, referrals are at the order of the day and while meetings can be quite social, first impressions as well as seniority are very important. So are bringing beautifully wrapped girfts and proper business card etiquette – offer and take the card with both hands and read the card, do not only stuff it into your pocket.

As the rainbow nation, we should embrace this cultural divide. We are used to dealing with different cultures and languages in our own country and more than other countries, we should have an understanding of the obstacles but also the opportunities.

Although to trade successfully in China, it is very important to understand the market, to have strong relationships and to have your distribution in place, it is the cultural divide that requires a lot of attention. Starting by learning the language at school level, seems like a great idea. I have tried learning Mandarin and believe me, it is no easy task when you are all grown up!

NS. The Argus article also mentioned South Africa learning from China when it comes to quality education. Following a collaboration agreement between the two countries, an implementation plan was signed in Beijing last week between the Ministry of Education in China and our Department of Basic Education. South Africa hopes to learn from China in areas such as teacher training and development, maths, science and technology education.