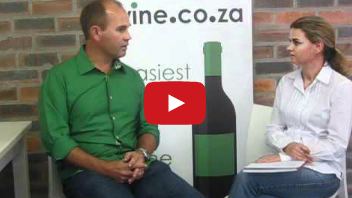 Wine.co.za recently featured La Motte in an article about sustainable wine farming that also included Villiera, Zevenwacht and Boschendal. The full article can be read here. Click above for an interview with La Motte winemaker Edmund Terblanche and below is the extracted section about La Motte.

“La Motte has been farming organically since 2007 when they were awarded BWI Champion status and have made organic farming a part of their winemaking philosophy. In 2009 La Motte was awarded with NOP organic certification by LANCON, Germany as well as an EU organic certification by SGS, France. These certifications were an important step in La Motte’s commitment to the environment. La Motte applies the SGS- and LANCON- certified Organic Production methods on La Motte as well as their sister farm Nabot in the Walker Bay region.

“Everything on La Motte is farmed organically by eliminating the use of chemicals and insecticides to promote a culture of sustainable farming. La Motte winemaker Edmund Terblanche explained the difference between Organic – and Organically grown wine as essentially being the same. The only reason why La Motte has decided not to get organic certification is due to the fact that a small percentage of grapes that are sourced for the production of La Motte wines are not organic.

“In 2010 La Motte decided to introduce organic cultivation in their farm garden, where herbs and vegetables are sourced for use in their Pierneef a La Motte Restaurant. Since 2008 La Motte has been registered as a voluntary Nature Conservation site after they committed 10% of their farming operations to conservation. Visit La Motte’s website www.la-motte.com for more information.