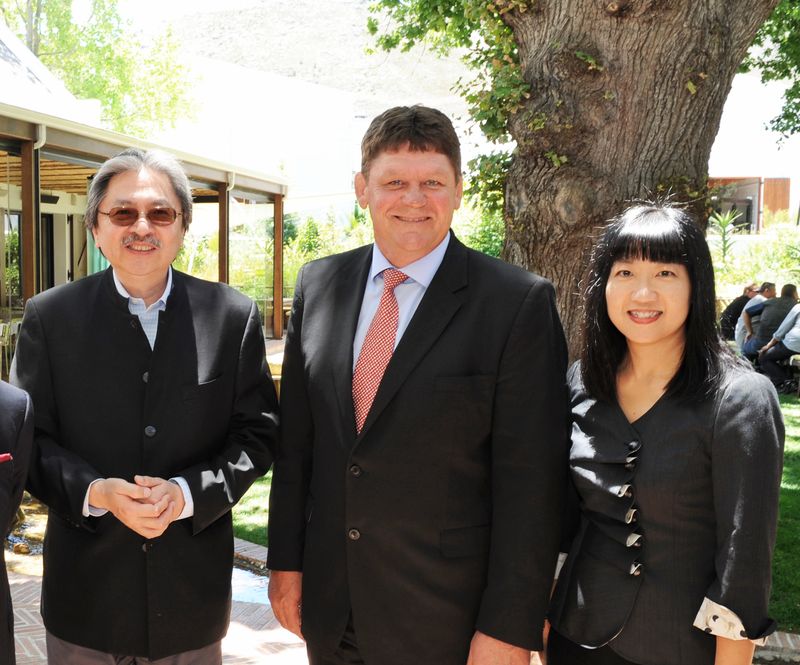 Mr Tsang and his delegation were in South Africa to explore business opportunities including those in the wine industry. At the meeting at La Motte, they were given an overview of the South African wine industry by WOSA CEO Su Birch.

Mr Tsang said it was one his government’s priority policies to broaden Hong Kong’s cooperation with emerging markets such as South Africa.

“Through this visit, I hope that we can forge even closer ties with South Africa and offer the business and professional sectors of Hong Kong a broader perspective of the market,” he said.

Above is a photo of me with Mr Tsang and Deputy Executive Director of the Hong Kong Trade Development council, Margaret Fong

Note: Another international delegation, this time from Malaysia, also visited. Tan Sri Bernard Dompok, Plantation Industries and Commodities Minister and the President of the United Pasokmomogun Kadazan Dusun Murut Organisation (UPKO), which is part of the ruling Barisan Nasional coalition, and his delegation visited us for a tasting and lunch.