Invention in a time of crisis 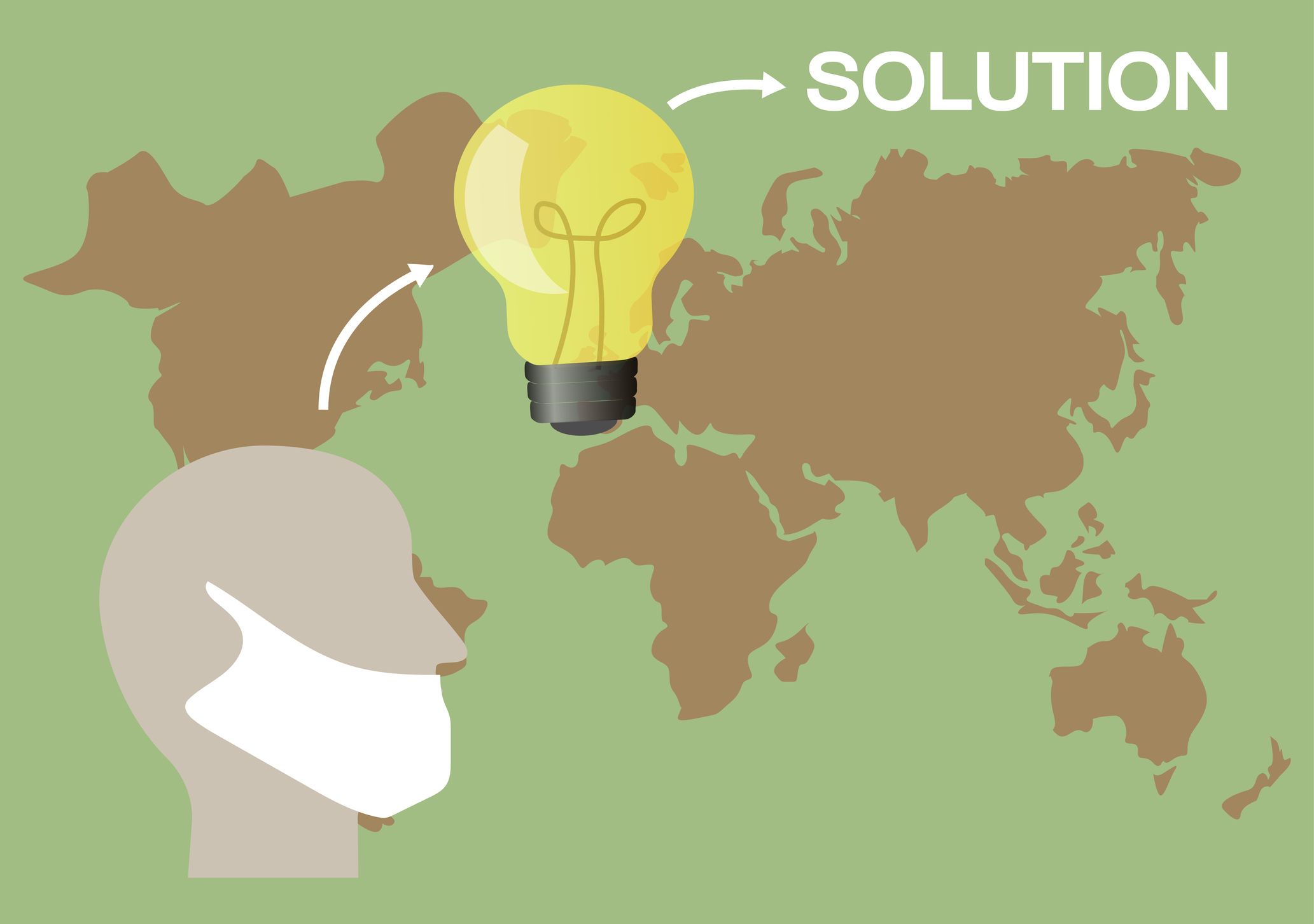 Times are tough. There is no denying that 2020 has turned out to be a bigger challenge than anticipated and the COVID-19 pandemic and its global economic impact can take much of the blame. With necessity supposedly being the mother of invention, can we find some inspiration from this crisis?

Trump and Brexit are all about forgotten as the threat to our health and well-being and its serious impact on the already dismal economy are taking over headlines. It is obviously not the first health crisis to affect humankind. Among the world’s deadliest pandemics were the Black Death (1347 – 1351) that wiped out 30% – 50% of Europe’s population, Small Pox (1520) that caused the death of 56 million people and Spanish Flu (1918 – 1919) that resulted in between 40 and 50 million deaths. More recently we had Swine Flu (2009 – 2010) with 200 000 deaths and obviously the ongoing threat of HIV that has caused 25 to 35 million deaths since 1981. (Read more) Scary statistics. With under 10 000 deaths to date, Corona looks small against some of the world’s worst pandemics, but it is still very serious with a major global impact – on health and the economy.

The degree to which your business is impacted by Carona depends on the field you’re in. With social distancing being the number one route of caution, it is businesses with a social focus that face the biggest challenges. Festivals and events are cancelled, restaurants, wine estates and theatres are closing and one can’t even gather in places of worship. It is the hospitality, tourism and entertainment industries that are heavily hit – even the famous Broadway in New York has been shut down. There is no denying that this is the right thing to do from a health and social responsibility perspective, but from an economic one, it is a disaster. Is there any hope? Is there anything we can learn from past pandemics?

It is said that Shakespeare turned to poetry and then also wrote King Lear and Macbeth while theatres were closed during the London Plague of 1593. (Read more) Sir Isaac Newton’s Great Plague-induced break from Cambridge in 1666 is also said to have led to his discovery of gravity and ground-breaking theories on calculus, motion and optics. (Read more) That sounds like plenty of inspiration. Is there anything the tourism and entertainment industries can learn from the likes of Shakespeare and Newton?

At least, they bring us hope. Being without a theatre for his plays Shakespeare didn’t lose faith. He continued to work and wrote masterpieces for when theatres would reopen. We need to believe in better days and ride the storm until they arrive. Remember when Corona and China was almost synonymous? Now China has announced no further local infections since the outbreak there three months ago. There is light at the end of the tunnel. (Read more)

Shakespeare reverting to poetry also shows us that we can explore alternatives. More than different products, the alternative can also be in the way we present our product or the sales mechanism we use. The alternative does not have to be your “A” plan, but it can be a plan, another way to help you through until things stabilise.

The online environment is probably the biggest advantage we have at the moment. The ease of online communication often gets criticized for its negative effect on personal contact, but in this situation, we can be very thankful for this medium. Not only does online communication allow you to stay in touch with friends and family during social distancing, but e-commerce brings an option to both consumers in isolation and business trying to get their products sold. E-commerce might not be the ideal way for your specific business, but for now, it would be silly not to explore all the options. Take popular local singer, Elvis Blue, for instance. Because his shows for the next two months have been cancelled, he decided to stream an online “Quarantine Concert” from a coffee shop.

For a business, having a social media presence is not all about selling, but also about building an online community and offering added value. In the same way, savvy businesses understand that these times call for some “feel-good” energy. I love the YuppieChef initiative of offering free online cooking courses. This is clever marketing. Everyone likes a good offer and a freebie, but much more than that, it buys good-will in a time of desperation. Furthermore, if you’re inspired to start cooking or develop your skills, chances are you might shop more from their exceptional kitchen offering in future.

Future perspective is key. Yes, we need to survive now – literally and figuratively. Be responsible when it comes to your own health and the decisions you make that can influence the health of those around you. Then, get creative with a contingency plan – it might only be to get you through the storm, but you never know, it might be your invention that is mentioned in the next blog about how to deal with a crisis!