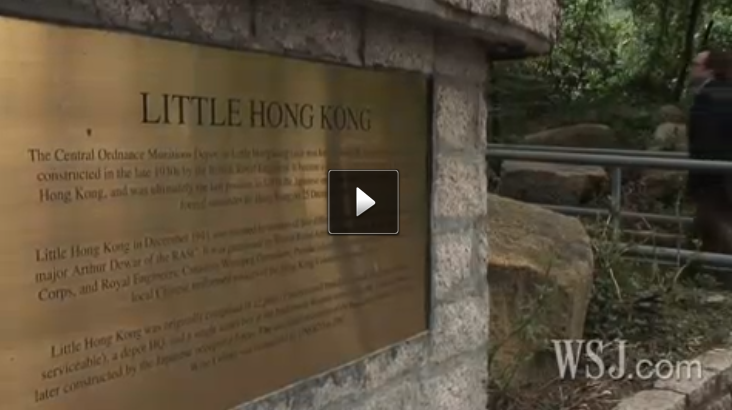 The importance of Hong Kong as a wine hub continues to increase in leaps and bounds and South Africa, like many wine producing nations, is eyeing the region. The Wall Street Journal video is of former South African diplomat Gregory De’Eb who runs a cellar in a old 6,000-square-foot World War II military bunker.

“Surging demand for quality wine from China’s newly rich, combined with the recent elimination of all wine duties in this bastion of free trade, is transforming Hong Kong into a global hub for wine trading and distribution,” The Wall Street Journal reported.

“Wine imports to Hong Kong jumped more than 34% to 32.5 million liters in the year ended March 31. Wine sellers and collectors say that inflow is coming from several sources—longtime Asian collectors who are moving their wines closer to home, wine sellers who have recently set up shop in the city and buyers who are simply taking advantage of the no-tax policy to ship a broader array of wines home from overseas.”

While the biggest impact of the no-tax policy has been on the fine-wine market, Hong Kong consumers at the lower end of the wine market are also discovering they have greater choice of affordable wines.

The must-have wine for those that can afford it is the Chateau Lafite Rothschild, and the 1982 vintage—which typically sells for about US$5,000 in Hong Kong, the newspaper reported. However, as with most luxury goods, counterfeiting remains a problem and in wine circles it is “often said that there is more 1982 Lafite in China than was ever produced that year in France”.