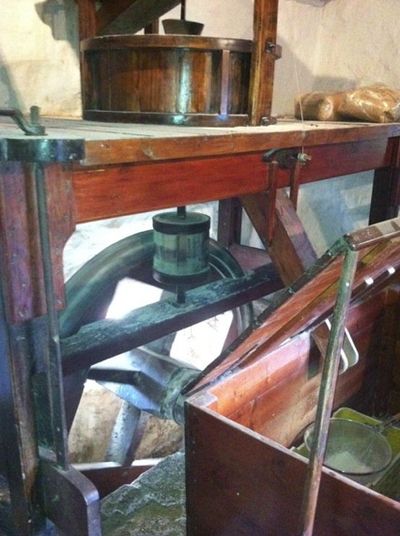 Today we are starting our historical tour at La Motte. Above is a picture of the water mill that is used to make flour. The mill dates back to 1793 and was declared a National Monument in 1975. The mill is still in good working order and features a collection of old millstones and miller’s tools.

Besides the mill, La Motte boasts three other national monuments: the Manor House, which was built in 1751, the Jonkershuis, which was probably built in 1752, and the Historical Cellar which we believe was built around 1782.

A very small, humble building known as the Veepos (cattle post) sits in our lavender field and probably dates back to the first half of the 18th century. Hugenoterus, a cemetery reserved for burials of Franschhoek’s people since the late 18th century, is a recently-restored historic site on La Motte.