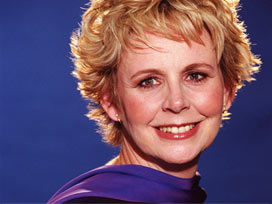 My wife, singing under her professional name Hanneli Rupert, will be performing Alfred Schnittke’s Nagasaki Symphony in Cape Town on August 9 at a commemoration concert of the Nagasaki atom bomb attack.

The concert, which will be broadcast live to Nagasaki in Japan, will also serve to strengthen ties between South Africa and Japan. The Japanese ambassador to South Africa was quoted as saying the performance will strengthen cultural ties.

Hanneli, who is one of South Africa’s leading mezzo-sopranos and Lieder recitalists, will be performing with the Cape Philharmonic Orchestra under the baton of conductor Owain Arwel Hughes. In 2007 he recorded the world premiere of Schnittke’s monumental choral work Nagasaki.

One of the four CDs that Hanneli has recorded includes Nagasaki which she recorded with the Cape Philharmonic Orchestra.

The concert, which will also feature the New Apostolic Church Choir, will be performed at 2pm at the Artscape Theatre in Cape Town.