Greece – Weathering the Storm Most Graciously 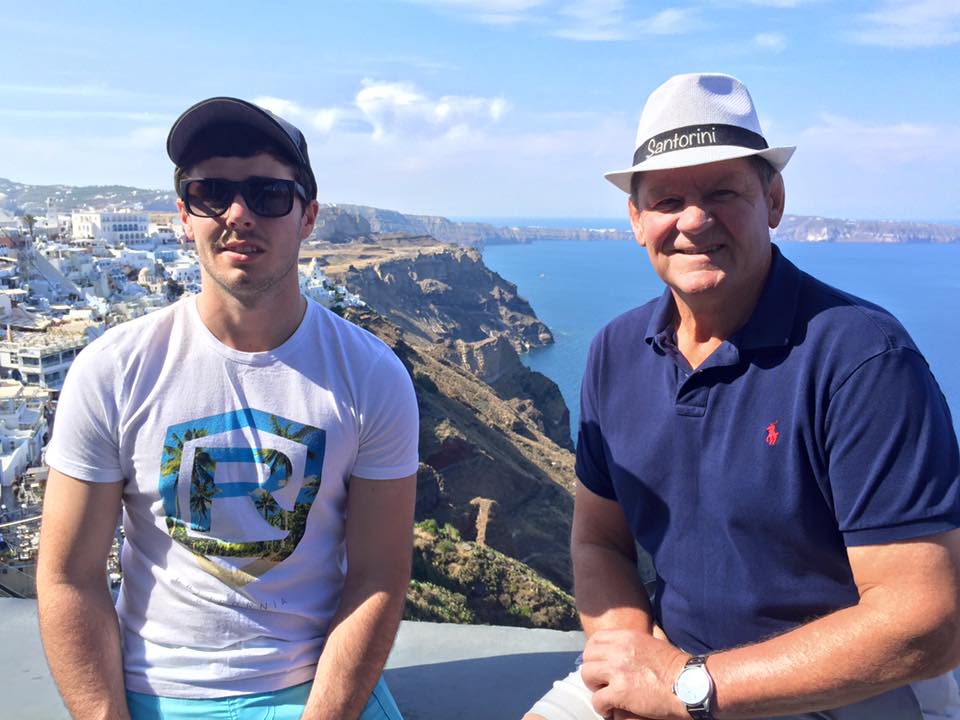 So while Greece and its economy are making headlines all over the world, we just happen to be on a long-awaited holiday on the Greek islands! While of course the locals are worried and uncertain of what awaits them, I can honestly say that for holiday-makers and tourists, life continues in the idyllic way only a Greek island can provide – beautiful beaches, a bright blue ocean, sunny weather and plenty of delicious food and wine.

And as always, it is the wine that gets me thinking. But what is there to think about Greek wine? According to a recent listing of the world’s top wine producing countries based on volume, Greece came in at number 15. It did however not make the top 15 countries for exports by dollar value during 2014 and to be honest, I do not hear a lot about Greek wine.

It seems however that I might not have listened well enough. The Greek wine industry has recently been working hard at modernising styles and techniques and some impressivewines are available at very good prices. The most prominent wine regions seem to be Macedonia, Peloponnese and the Cyclades islands.

Here, as in the other Mediterranean countries, wine has been part of the lifestyle for many years. Not only is Greece one of the oldest wine-producing regions in the world, it enjoyed prestige in the Roman Empire and fetched high prices in northern Europe!

Although many of its ancient cultivars are extinct today, according to Jancis Robinson, some of the varieties that have been rescued include Malagousia, Lagorthi and Crete’s Vilana. White varieties include Santorini’s Assyrtiko, Roditis and Savatiano while Agiorgitiko, Mavrodaphne, Xynomavro and Limnio are some of the better-known dark-skinned grapes. All quite foreign to the ear of the average wine drinker, but the crisp whites and mellow reds are very easy to enjoy when served with the lightest of fetas, the crispiest pastries and a wonderful selection of seafood and meaty stews.

Greece agriculture is however bound to suffer from the economic drama.

According to a report on CNBC.com “Imports (have) already ground to an immediate stop and exports are limited to the available transport currently in Greece,” said George Frangistas, president of Incofruit-Hellas, the trade association of Greek export enterprises for fruits, vegetables and juice, who also serves as managing director of exporter Gefra.

“Agriculture, including crops, dairy, wine, fishing and forestry, makes up about 3.5 percent of Greece’s GDP and represents about 13 percent of the labor force. Olive oil represented nearly 9 percent of Greece’s total agricultural output last year, according to Eurostat. Meanwhile, Greek wines are enjoying growing demand despite increasing worldwide competition. Greek is shipped to more than 35 countries around the globe but three countries—Germany, France and the U.S.—represent about 66 percent of the total volume exported.”

While enjoying the beauty and hospitality of Greece, my thoughts are with the people and industries of this wonderful country. May they find a way to save their economy without compromising their culture.