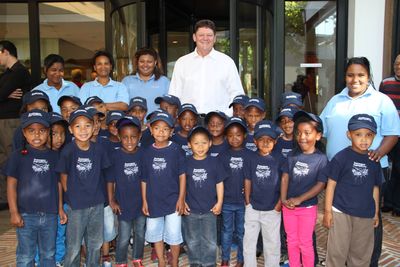 Just looking at the date ranges in which each of the generations were born, it is already possible to forecast their behaviour and spending patterns – who of us do not have grandparents or parents preaching to us about how difficult times were in the time of the Great Depression? And yes, they have treasured their belongings and have a conservative attitude towards spending.

And if you have children belonging to the Millennials or Generation Y, you might still be taking care of them financially as per this Forbes.com article.

“For one, Millennials focus on instant gratification. “They grew up in a time of insecurity, with 9-11 and banks cheating people. The traditional institutions and the way things are supposed to be weren’t that way for them,” says cultural analyst Donna Sabino of IpsosOTX MediaCT. “It gave them this ‘who knows what tomorrow will bring?’ and to say ‘why not treat myself?

And then there is the fact that Millennials aren’t often the ones footing these purchases. Some 59% of moms pay for their Millennial child’s cell phone and 53% of moms spend more than $5,000 per year per each adult child covering everyday expenses, according to Vibrant Nation.”

Doing a bit of research on the subject, I found that there were much more information on the subject of generations than my initial thoughts that went as far as the Baby Boomers to which I belong.

I therefore suggest an orientation with regard to Generations this week, followed by detail information in the weeks to come on the specific generations we have today and their buying patterns.

Wikipedia might seem like an obvious resource, but it gives a very detailed description on generations which I would like to share – I have very much shortened it, so please visit Wikipedia to read more.

“Social generations are cohorts of people who were born in the same date range and share similar cultural experiences.”

Contemporary society readily, if not naturally, accepts the notion of a generation as a form of differentiation or comparison. The idea of a generation is not new and can be found in ancient literature. However, there are also psychological and sociological dimensions in the sense of belonging and identity that can define a generation.

The concept of a generation is also used to locate particular birth cohorts in specific historical and cultural circumstances, such as the “Baby Boomers.”

While all generations have similarities, it is simplistic to say they are the same.

It is not where the birth cohort boundaries are drawn that is important, but how individuals and societies interpret the boundaries and how divisions may shape processes and outcomes. However, the practice of categorizing age cohorts is useful to researchers for the purpose of constructing boundaries in their work.”

A general list of generations as we know them in the Western World:

With the Silent Generation now between 71 and 88 years of age, I will have a quick look at their spending patterns next week, but my serious attention will go to the following generations:

Generations in other areas of the world are defined in different ways and I will also have a look at the various generations within China and how that influence how and what they purchase.