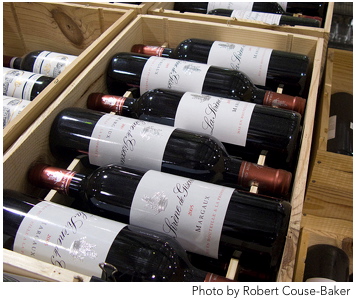 “According to official figures compiled by export development agency Ubifrance, 12.5m hectolitres of wine were shipped during 2009, down 8.7% on the year before. AOC wines were worst affected, with the value of Champagne exports plunging by 28%,” Decanter reported, adding that Bordeaux exports were down 23% and Burgundy dipped nearly 23%. Vins de Pays and Vins de Table suffered smaller declines

Nearly every market bar China registered a decline, led by the UK, which fell 23.2% to about €1.1 billion. Ubifrance blamed the declines on a number of factors, including the lower prices of the 2006 Bordeaux vintage and competition from cheap sources of wine in the New World.

Ubifrance is planning in excessive of 140 initiatives in 2010 “aimed at reinvigorating exports in traditional and emerging markets.”