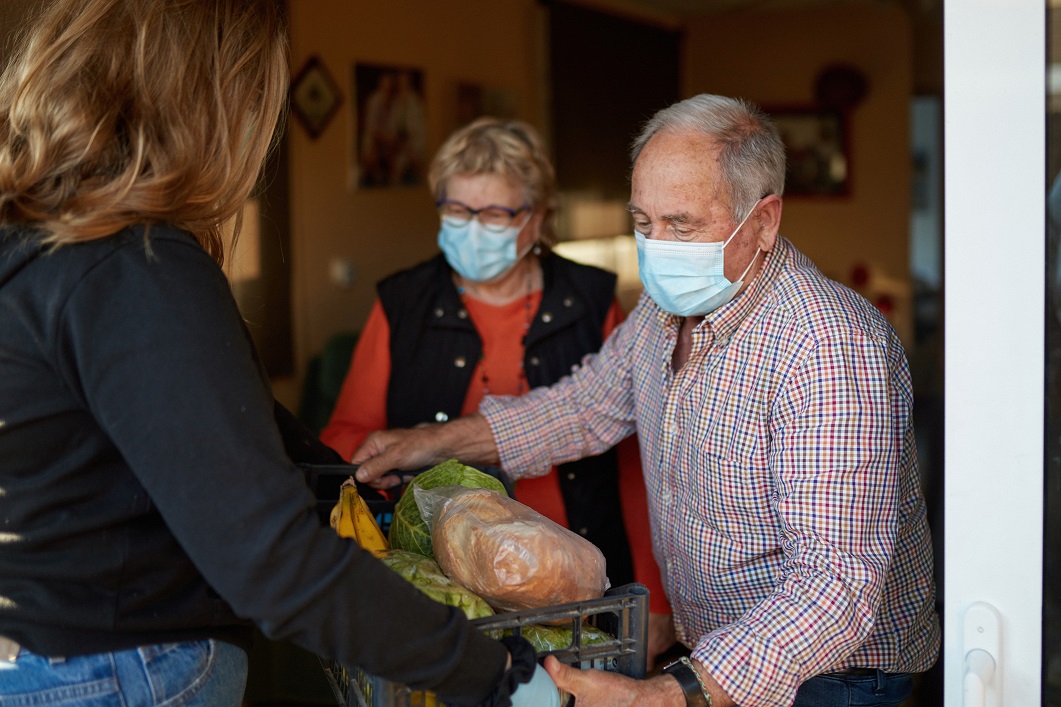 Early in April, Minister of Health, Dr Zweli Mkhize, said: “To defeat Covid-19 is no longer an issue of a nurse and a doctor; it is actually about society, it is actually about going into a combat zone and fighting this infection.” Advice we should take literally. (Read more)

The combat zone is our communities and the people who should fight the virus is the people in the communities. When something like this is taken down to community level, infection rates and financial implications are not only numbers, they have names. Those who died or recovered, those who were retrenched and those who are struggling, they all have a face and a name. While the role Government plays in support and information and guidance is of course crucial, success lies in the buy-in of communities and community leaders.

The restaurant community must be one of the hardest hit by Covid-19 and this industry is one of  the best examples of working together, supporting each other and even reaching out to those in need. For years Eat Out is associated with the best dining experiences in South Africa, but now when all the fine dining establishments and cosy eateries are closed, the Eat Out Restaurant Relief Fund focuses on raising funds to help keep restaurants in business and to support them in cooking for the needy in the midst of the crisis.

Despite its natural beauty and choice of wine estates it was its restaurants that put Franschhoek on the map. The little country town’s exceptional culinary offering saw international travellers and local foodies flock to its restaurants and cafés. With all of them temporarily closed and despite concern about their own survival, the community of renowned chefs and restaurant staff in Franschhoek came together to start feeding those in the local community who are in even more dire circumstances. Together Franschhoek has the support of local residents, community leaders and volunteers from the village and has partnered with local NPO’s to establish a food unit.  Carefully coordinated, food parcels with essentials are delivered during the week and hot meals over weekends. “The main objective of the unit is to keep residents at home, and in doing so do their bit to flatten the curve.” (Read more)

On the other side of the valley, the beautiful ball room of lifestyle village, Val de Vie has become the hub for the efforts of Impact Funding Platform, Valcare. This initiative’s Covid-19 Fund is coordinated in partnership with Inceba Trust, Jak1:27, The Val de Vie Foundation, The Aslan Trust and The Hanneli Rupert Getuienis Trust and provide food parcels to the wider Winelands region.

These are just examples of what’s happening close to home. It is clear, however, that communities take care of their own and that community leaders should make out an essential part of Government’s focus. “For weeks now, community leaders have watched while the police and the defence force patrol the streets. Stuck at home, as most want to obey the rules, they are turning to social media with their messaging – and it is on point. For them the fight is about saving lives, not about a display of government power.” (Read more)

While the firm action of government was initially applauded, lockdown’s devastating effect on the economy and the Police’s ill-considered behaviour in some instances, are opening the political debate. In struggling communities, leaders from within might have a stronger impact than political leaders. At the same time community workers have insight in a community’s struggles. “They have specialised skills and experience working at a household and community level. They are able to identify, screen and support vulnerable individuals and families. These workers are part of an essential service in health systems across Africa. They include community health workers, home based carers, community rehabilitation workers and community development workers.” (Read more) Theconversation.com says that we need to “harness the critical mass of community based workers as key links to help reduce community transmission of the virus.”

In an earlier blog on Localism, I touched on the importance of local communities from an economic and social perspective, but in this crisis, communities also have the ability to support each other in the most basics needs and in fighting the virus – not without the support of government, but perhaps with more success than those who are far removed.