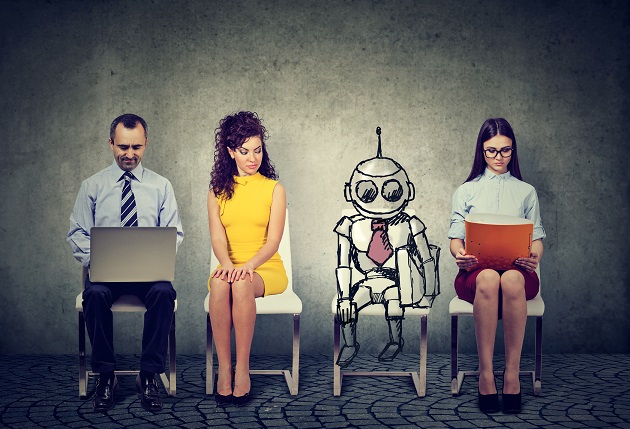 JOBS, JOBS, JOBS! tweets Wandile Sihlobo on opportunities within South African agriculture. On the other side of the world in China, Alibaba is opening staffless wine shops. How do we balance technology and employment?

We can’t be efficient without technology anymore and at the rapid change it develops, technology and artificial intelligence are becoming real threats to job security. And while this is nothing new, technology’s influence on industries like agriculture and retail, which we have traditionally relied on for employment opportunities, brings a new challenge.

Commerce has changed and in China, quicker than the rest of the world. ”According to Statista’s latest report, online sales in B2C e-retail reached US $499,150 billion, up from $403,458 billion in 2016… projected data for 2022 is at $956+ billion”. (Read more) It therefore makes sense that Alibaba opened its cashless and staffless wine shops in China.

And while one might feel that wine needs a more personal touch; someone that makes a recommendation, tells you something about the wine or suggest a food pairing, that type of “romance” around wine is no longer a reality. Supermarkets often offers an intimidating variety and choices are driven by price, not personal touch. For online wine sales, choices are guided by apps. Among quite a selection of wine-related apps, Vivino can probably give you better quality and style advice than the average shop assistant while Wine Paradigm has a handy food and wine pairing guide. And there are many similar apps.

It almost seems obvious that wine purchasing in an everyday environment can easily work without the human factor. And of course, also in other sectors. Alibaba also has cashless and staffless cafes and supermarkets in China and one can even help a beggar with a few cents, without having a few cents on you… Beggars in China now accept mobile contributions. (Read more)

I am excited about the commercial opportunities that comes with technology and really enjoy watching the Chinese space, but with unemployment around 4% in China, losing jobs to technology does not have the same impact  than in South Africa where unemployment is around 27%.

It is also in wine tourism, perhaps other than wine commerce, where the human factor might stay important. Wine tourism is all about experience. About meeting the winemakers and chefs and those passionate about food and wine. This is of course also true for the bigger tourism sector. Tourism is about experience, but an essential part of that, for most tourists anyway, is also the people.

When tourism suffers, employment becomes an even more serious issue. The latest statistics, “which show an almost 7% decline in foreign arrivals, paint a bleak picture for an industry that was earmarked by Ramaphosa as one of four sectors that will reignite the economy”. (Read more) The article on Moneyweb quotes Grant Thornton director Lee-Anne Bac about South Africa’s challenge of sending a cohesive message to potential tourists: “Everyone, from our politicians to the private sector, needs to be aware of what they are doing and saying, and how this has an impact on tourism.”

Agriculture has the same challenge. With uncertainty about land ownership and policy in general and with politicians making blunt statements, investment and sentiment easily become negative.

Sihlobo’s article on Business Day brings some hope. While acknowledging the challenges, he notes that there is “room for growth and employment” within agriculture. He blames policy makers for not creating an environment for employment with investment and strong and efficient institutions as per the National Development Plan. (Read more)

To what degree will technology affect opportunities for agriculture? Technology can definitely improve efficiency and it was also the theme of South Africa’s biggest agricultural showcase, Nampo in May this year. “Jannie de Villiers, CEO of Grain SA, says on grainsa.co.za: “South Africa’s agricultural producers’ openness to new technology is one of the main reasons why the country can claim to provide sustainable food production.”  To employ, an industry have to be successful. And for agriculture to be successful, it requires technology.

For both tourism and agriculture, there are plenty of scope and opportunity, we just need committed leaders and then, be clever about how we employ technology in such important job-creating industries!