How to Define South African Wine 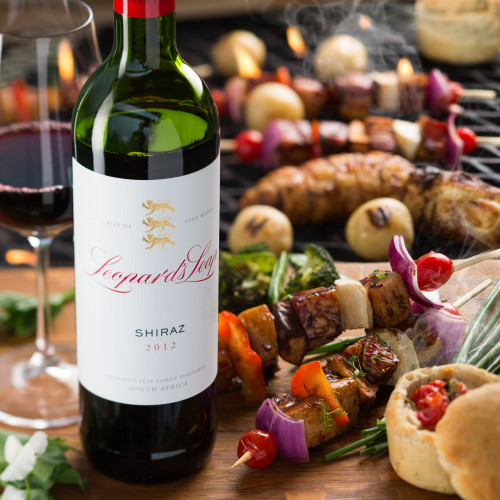 Spending a few days in the Kruger National Park, one cannot help but be impressed with the magnificence of the animals – the scarce sight of a pride of lions, the endangered rhino and even the plentiful impala with their bright eyes and fluttering ears.

And of course, it is not surprising that the wines available from the park shops often feature wildlife and game on the labels. I am of course delighted to see our own Leopard’s Leap wines here, but there are also quite a few more of these so-called “critter wines” on the shelves.

So I thought about the importance of critter wines in the South African wine industry. Often the perception is that these wines featuring labels with animals are not of exceptional quality and are rather cheap and cheerful. I know of quite a few cases where it is not, but then of course, it often is true.

But we do not want wine labels with the African wildlife depicted on it – spectacular as it may be – to be the defining quality of South African wine, do we?

And diversity not only applies to South African wine of course. With yesterday being National Heritage Day and also fondly among locals, National Braai Day, one again realises the differences between South Africans but at the same time, also the similarities – such as the tradition of braai.

And although I think that defining the story of SA wine is more complex than lighting a fire and inviting people to a braai (the SA equivalent of barbeque), perhaps some of the intrinsic qualities of a braai can be useful when telling our story.

The Wine Economist featured an article by Mike Veseth published in 2012 already, but I think it is still relevant and it also addresses the story of South African wine and how it should be told – especially in the US. More than showing our magnificent wildlife on the label, Veseth suggests we tell the world about the South African braai! I share a few of his thoughts, but do read the whole article.

“Although we would like Brand South Africa to be defined by the great diversity of its wine, the fact is that the space currently available for South African wines on highly competitive U.S. retail shelves and restaurant lists is very limited. South Africa has two feet to tell its story, a national wine distributor executive told me. And the story that is often told is defined not so much by the wines as by their labels.

If those two feet of shelf space include brands such as Sebeka, The Wolftrap, La Capra and Goats do Roam (all of which are or have been widely distributed in the U.S.), then the identity is clear. South Africa means “critter wines,” a class defined by Yellow Tail and Little Penguin. Critter wines are fun and often sell very well, but the image that they project is simplicity, not complexity, even when the wines themselves are not simple at all.

So how will South Africa win the Wine War for the U.S. market? Well, the good news, given what I have said, is that Brand South Africa is actually something of a clean slate for many U.S. wine consumers – especially the rising millennial generation who are open to new wines from new places and show no particular reverence for conventional wisdom. They are refreshingly original in their thinking, bold in their actions and willing to open their pocketbooks. These new wine drinkers and others like them around the world are high value targets. How should they be approached?

Millennials and other “clean slate” consumers are predisposed to respond to the Terroirists’ Revenge message. They are seeking wine and a story about wine that connects them to the wine, to an engaging culture, to a rich and exciting lifestyle and ultimately to each other. It’s about the wine, but it’s not just about the wine. South Africa’s terroirists have a secret weapon in their beautiful land and inviting culture than gives them a critical Wine War story-telling advantage.

One possible key to this terroirist strategy – and this is my own crazy idea — is the braai. Almost no one in the U.S. knows what a braai is, but we all love the barbeque experience and this is a good starting point. Any country that makes the braai its national food culture speaks to us in a language we can understand.

But the braai, I have learned, is not merely a food culture — and this is its magic. It is an expression of generosity and hospitality. If you ask someone to share your braai, you are opening your heart and your hearth to them, whether you are preparing a gourmet meal or more humble fare. If South African wines are seen as an extension of that warmth and engagement, they might well strike a sympathetic chord among American wine enthusiasts.

And happily there are many different cultures of the braai in South Africa – there are diverse braai terroirs if you know what I mean – and each has its own story and each lends itself to a different kind and style of South African wine. Americans will love the unique experience of an Afrocentric winelands braai once they get to know it and this can be the gateway to a fuller appreciation of South African culture and lifestyle and to the diverse wines that have evolved along with them.

And that’s how South Africa can win the Wine Wars. Thank you.”