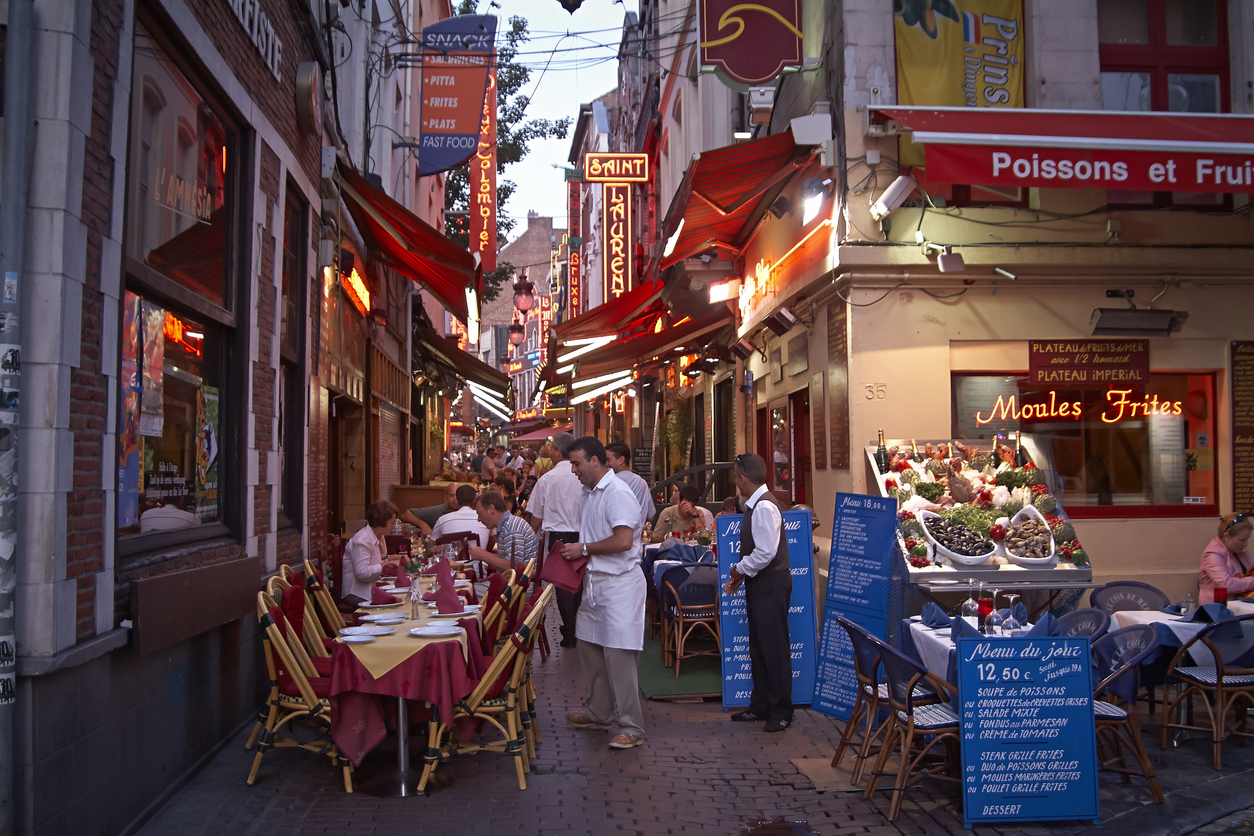 European food traditions are well-known: French cuisine, the food lifestyle that is Italy, the world-renowned chefs of San Sebastián, heritage protected produce such as Parmigiano-Reggiano and Parma Ham… But serious foodies and chefs will tell you that Belgium is right up there when it comes to all things culinary and brings much more to the table than chocolate and beer!

A loyal and passionate South African, I can’t deny that a quick break from Day Zero and Zexit speculations is pure escapism – especially if it comes in the form of all that is beautiful to eat and drink in Brussels. Representing the Cape Winelands, I am joining delegates of the Délice Network of Good Food Cities, and look forward to a week of sharing culinary best practice while enjoying the hospitality of this historic city. An itinerary of food culture awaits – true culinary tourism! Not long ago, though, I questioned the existence of culinary tourism as an independent concept (read more). The idea is still debatable, but after just a day in Brussels, I think that culinary tourism should be able to stand on its own feet.

Quite similar to Cape Winelands Cuisine, traditional Belgian food has strong influences from France and The Netherlands. Some of the typical dishes are not at all unfamiliar to South Africans, like the meatballs, even called Frikadellen, similar to the Afrikaans Frikadelle! While pub and street food are popular, a lot of thought and care go into the simplest dishes and fine-dining is not restricted to smart restaurants with white tablecloths.

Traditional Belgian dishes I look forward to trying, are:

Mussels – as moules marinières with a delicate cream and white wine (or beer) sauce or served like most things in Belgium, with fries as moules-frites.

Grey shrimp croquette – shrimp catching by horse is a tradition from the Flemish coastal town of Oostduinkerke that was even added to Unesco’s list of Intangible Cultural Heritage.  This town is also the origin of the shrimp croquette. (read more)

Eel in the green – a Flemish dish with the very Afrikaans sounding name, Paling in’t groen. In essence it is a traditional home-cooked meal of freshwater eel in a green herb sauce, but chef’s interpretations in restaurants are worth the try!

Rabbit with prunes – a dish from the days of war when meat was scarce and expensive. Made with prunes and with a beer sauce, you will find this in traditional restaurants.

Gegratineerd witloof – Belgian endives in béchamel sauce with cheese. You can’t argue with béchamel and cheese…

Steak tartare – very popular and widely available. When combined with its condiments, it is called filet américain. Try to find a restaurant that prepares the tartare tableside – a lovely tradition. You can also ask for a Martino sandwich, steak tartare on bread with a very interesting story! (read more)

Vol-au-vent – a small case of puff pastry usually with a filling of Béchamel sauce (here we go again!), chicken and mushroom or small meatballs.

Spekulaas (with spices) or Spekuloos (without spices) – popular seasonal shortcrust biscuits serves around St Nicholas Day in early December. It is quite similar to the South African “outydse soetkoekies“.

The Belgian waffle – not only a waffle in Belgium! Here you get several kinds, including the rectangular and crispy Brussels waffle and the chewier Liège waffle, popular with street vendors.

And then there is of course Belgian chocolate. While there seems to be no quality regulations for Belgian chocolate, it is hard to deny its appeal and I have a few orders from my colleagues to fulfil from Pierre Marcolini on the Place du Grand Sablon. Chocolate’s history in Belgium dates back to Spanish occupation and cocoa imports from first Mesoamerica and then Belgian Congo. The Praline is authentically Belgian and consists of a high quality chocolate casing with one of a variety of fillings. (Read more)

Beer – While Belgians enjoy wine and even produce a small volume of predominantly white wines, this is beer country.

But it is not all in the drinking for Belgian beer lovers. Beer is a passion and with more than 150 breweries in the country, styles vary from pale lagers to amber Flemish red and black Scotch or Stout beers. Like the grey shrimp, Belgium’s beer culture also makes Unesco’s list of intangible cultural heritage. The Unesco notes on Belgian beer culture are almost an echo of my thoughts on wine: “Beer culture in Belgium combines know-how concerning nature, social practices and craft skills that constitute an integral part of daily and festive life. Regularly shared between practitioners, knowledge and skills are transmitted from masters to apprentices in breweries but also within families, in public spaces and through formal education. Beer culture in Belgium contributes to the economic and social viability at local level and the constitution of the social identity and continuity of its bearers and practitioners, who promote responsible production and consumption.” (read more)

Similar to what we do with wine tourism, a more recent initiative is beer tourism, creating experiences around the product and bringing together beer, food and lifestyle.

I look forward to a week of being a culinary tourist in the true sense of the word!