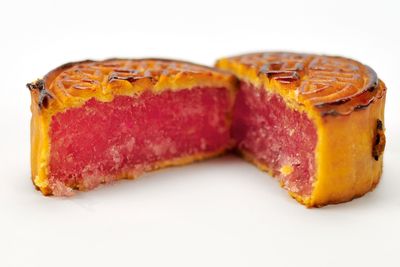 The Chinese mid-Autumn festival or Moon Festival followed by a National Golden Week of Holiday celebrating the Country’s independence just came to an end. At this time of year, nothing sounds better than a golden week of holiday!

In China, holidays and festivals do however have very specific meanings and some of them are steeped in tradition. In the Chinese culture symbolism is very important and colours and numbers and customs are all symbolic in one way or another.

During the mid-Autumn festivities or Moon Festival, a very traditional gift is Mooncake. Mooncakes are offered between friends and family during the festival and it is customary for business people to present them to their clients or relatives.

More than cakes however, over the last few year, wine has also been a popular gift especially for reinforcing business relationships. The Drinks Business does report that in 2013, fine wine sales during the mid-autumn festival did suffer a significant decline as consumers opted for cheaper labels.

Chinese New Year is the Chinese equivalent to Christmas in the West – while symbolically lion dances and fire crackers are associated with this time of year – in essence it is about spending time with family, giving gifts and feasting on food.

It is especially during the Chinese New Year festivities that wine is a popular gift. As a wine producer and marketer, that is of course where my interest lies.

Wine orders are carefully planned around the festivals and in the months before the mid-Autumn festival and Chinese New Year and distributors and outlets stock up to ensure smooth logistics during this important time for wine sales.

While we send the container loads of wines packed in normal cardboard cases, a lot of effort goes into the packaging for festive gifts once the wines arrive in China. Packaging is very important and beautifully packaged high-quality wines make for impressive gifts.

The two holidays around Chinese New Year and the Mid-Autumn festival account for about 60% of annual wine sales.

Other popular gifts during this time of year includes: 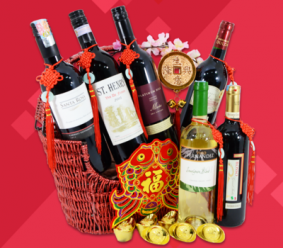