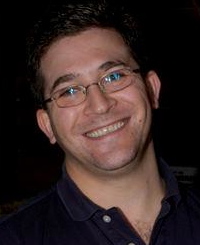 CellarTracker, with its database of more than 1.2m tasting notes and 500,000 visitors a month, Jancis Robinson, is one of the great success stories of wine on the Internet and a key indicator of the type of wine information people want and are willing to share.

“Launched in 2004, CellarTracker now has up to 500,000 visitors a month and 47,000 active users, a quarter of whom made voluntary annual donations averaging $40 last year,” Jancis Robinson wrote in the FT Weekend.

The site was founded by Eric LeVine, a self-confessed geek who manages the entire system from his laptop that he carries around with him. “I’m a database functionality guy,” LeVine told Robinson. “When I’m awake I’m largely working on it.”

What caught my attention in the article were the following two quotes:

“As Tobias Treppenhauer, a 34-year-old German wine merchant and blogger, explains, ‘CellarTracker is community-driven, it amalgamates the knowledge and passion of thousands of wine aficionados. This just wouldn’t have been possible in pre-web times; younger people are attracted by these kinds of web tools. And since wine still has a rather old and stodgy image – at least in Germany – I think CT does a lot to change this image for the better.’

“London lawyer François Feuillat, 39, is another fan: “‘First of all, it is like an old-fashioned cellar book, only more user-friendly. Second, you can enter drinking windows [when the wine becomes drinkable, and the date by which it goes off]. So you can get the system to tell you what wine you really need to drink before it’s over the hill.’”

If, as a vintner, you are not embracing the web, you better do so quickly.