Business lessons from the VOC 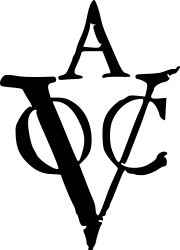 We just returned from Europe and as always, being among the age-old buildings awakens a sense of history in me. This time around, a visit to the Netherlands reminded me of this country’s Golden Age when it was a leader in the worlds of trade, art, etc.

It was during this prosperous time that the Dutch East India Company was established. For someone like me, with a passion for business and distribution, the VOC (Verenigde Oostindische Compagnie in modern Dutch) is a prime example of business success in distribution.

Of course, the spice trade involved colonisation, war and other unacceptable practices, but there is no denying the strategic brilliance behind the Dutch trading efforts. Here are what I think we can learn from both the rise and the fall of the VOC.