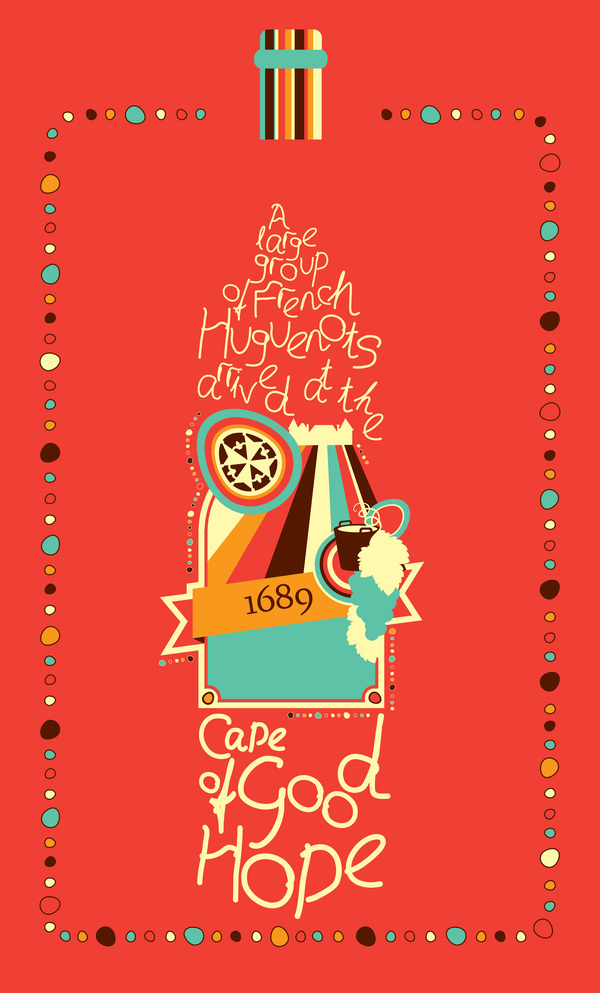 Greek designer Dimitra Tzanos, has designed a series of art pamphlets on her interpretation of five events that shaped the South African Wine industry. Above is the poster for the arrival of the French Huguenots with the note “the wine industry in South Africa was greatly influenced by the French Huguenots, many of whom had vineyards in France before arriving in South Africa. These settlers were allocated farms in Franschhoek, Afrikaans for ‘French corner’.”

Other pamphlets dealt with the arrival of Jan Van Riebeek at the Cape, Simon van der Stel creating Constantia, the export of wine to Britain in the mid 19th century, and South Africa wine industry’s increased global presence since the mid-1990s.

The artwork as part of a Wine literature for the Athens based African-inspired restaurant Kozi’s. I came across the artwork on the CreativeRoots blog.

Related Articles
Leaked Draft of SA Alcohol Legislation Bans Advertising
The leaked Control of Marketing of Alcoholic Beverages Bill drafted by the Department of Health which totally prohibits the advertising and ...
Read More