Another (The Most Important?) Reason to Go Organic 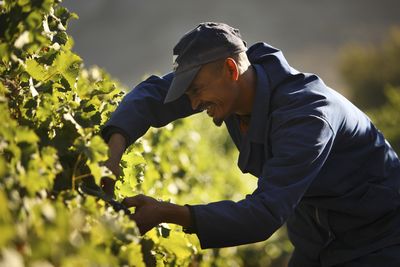 This week, Lucy Shaw reported in The Drink’s Business on the danger of pesticides, “Pesticide residues found in 90% of wines”.

Please read the article and especially her closing paragraph:

This reminded me of an article I read some time ago and my thoughts at the time: while we farm organically to bring back the natural balance to the environment and buy organic produce for health reasons, one of the very important reasons we also have to go this route, is to protect workers in the vineyards, orchards or gardens from being exposed to the dangers of pesticides and chemicals.

An APAChe investigation analysed pesticide presence in the hair of vineyard workers versus a control group living a good distance away from any vineyard with the following results:

Rather than affecting wine drinkers, it is vineyard workers who are most at risk. Just another very important reason to introduce organic farming practices.