Agriculture – The Foundation of Development in Africa 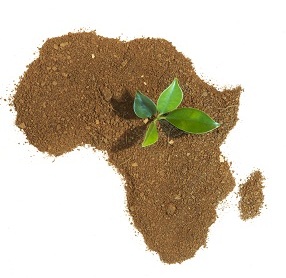 Africa’s constant struggle with famine is a well-known fact and the importance of agriculture in the provision of food, creating jobs and contributing to the economy cannot be questioned.

Talking to AgriSA earlier this week, I got a new understanding of Africa’s dire need for agriculture to succeed and again realise the responsibility we have to make this happen.

According to ourafrica.org, “The United Nations Food & Agriculture Organisation estimates the world produces enough food to provide every person with 2 700 calories per day (adults need 2100). Yet in sub-Saharan Africa, a quarter of the population is undernourished and many countries experiences famines. Food clearly isn’t where it’s most needed. Improving the global distribution of food is complex with the world’s system of market and trade economies. Most experts think the key to reducing hunger in Africa is to increase the supply of food locally.”

And that is exactly what AgriSA has in mind. Now branching into Agri All Africa, Chairman of AgriSA Africa Committee, Dirk Hanekom says: “It is not surprising that the World Bank recently announced that it plans to roll out a multi-million incentive package for the promotion of agriculture development in Africa. If one keeps in mind that more than half of the world’s unused high potential agricultural land is still available in Africa.”

According to the World Bank, agriculture is essential for sub-Saharan Africa’s growth and in order to achieve the Millennium Development Goal of halving poverty by 2015.

It also shares the following figures:

With farmers in South Africa struggling to conduct their farming business profitably due to “huge drought stricken areas, government handling of the land issue, dramatically rising input costs (e.g. electricity, water, fuel, feeds, fertilizers and chemicals) and the lack of rural security”, AgriSA are finding ways in which investment in Africa can open doors for its members. With their experience and associated membership organisations the Republic of the Congo, Congo Agriculture, and Mozambique, AgriSaMoz, this organisation might just have the tools required to make a difference.

Working closely with the Department of Trade and Industry to investigate other platforms to provide the necessary security for AgriSa members to invest in Africa, they do however emphasize: “The responsibility of Agri SA as an organisation (is) to ensure that we follow a policy of ‘expansion of agri-business in Africa’ instead of ‘exporting’ South African farmers.”

Let’s conclude with a quote from a WWF report on Agriculture in South Africa, facts and trends that in reality not only applies to South Africa, but to the whole continent:
“Agriculture is the foundation of developing economies. As one of these economies, South Africa needs to ensure a healthy agricultural industry that contributes to the country’s gross domestic product (GDP), food security, social welfare, job creation and ecotourism, while adding value to raw materials. But the health of the agricultural sector depends on the sustainability of farming methods. Farming practices must therefore not only protect the long-term productivity of the land, but must also ensure profitable yields and the well-being of farmers and farm worker.”