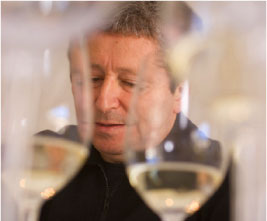 Internationally respected wine writer Anthony Rose has written an article for The Independent newspaper giving his predictions for wine trends in 2010. Here are a couple of the points about the New World that caught my eye.

“In the New World, nothing can rain on New Zealand’s sauvignon blanc parade, while Burgundy and Rhône lovers looking for value will do well to turn their attention to New Zealand’s sexy pinot noirs and its aromatic, up-and-coming syrahs from Hawkes Bay.

“Chile’s Pacific-influenced, aromatic white wines will remain hard to beat for good value. Argentina’s strong suit will continue with malbec, one of the world’s brightest and most accessible reds.

“South Africa, with an adrenaline rush from the World Cup, will do a good job of showcasing its exciting new twist on white wine blends and its steady improvement in shiraz.”