A rollercoaster ride for SA wine in 2020 – insights from #VinproDay 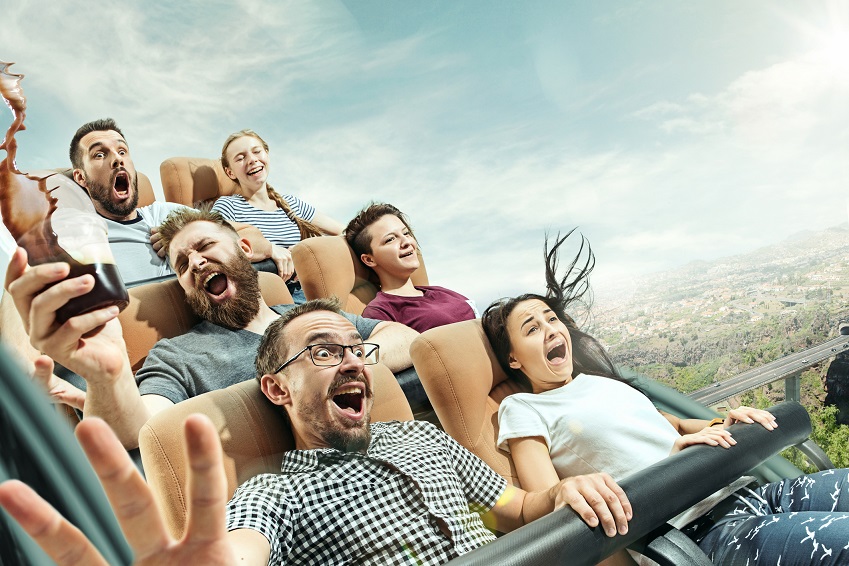 At the annual wine industry Nedbank Vinpro Information Day we were in for a serious reality check, allowed time to get our hopes up, plumbing the depths again and eventually left cautiously optimistic… A day of insight – some terrifying, some interesting and some intriguing.

The official programme started with a reality check delivered with the dry humour of Nedbank economist Isaac Matshego. Together with Wandile Sihlobo, these two economist don’t shy away from the facts, but usually manage to do this without leaving you despondent. Matshego did, however, paint a grim picture.

This week, Land Bank became the first major state-owned South African company to receive junk status from Moody’s (Read more). One of the casualties from the “9 lost years” under Zuma. As indicated at the last few Vinpro gatherings, policy uncertainty is one of the major reasons for a lack of investor confidence, especially in agriculture. To quote Matshego: “The speed of change has not been what we’ve hoped for” and that is why the initial Ramaphoria has now become Ramareality.

And Matshego is sceptic about a consumer-lead rebound. Consumer confidence is too low and with a high rate of unemployment (just under 30%) and especially the more concerning youth unemployment, consumers are not in a position to drive the economy.

The economy’s saving grace boils down to businesses, the corporate environment and international investors, but while confidence is low and policies uncertain, we can’t expect too much. According to Matshego, the lack of confidence is similar to the levels of 1985 when we defaulted on international debt repayments and when political instability was at a peak. We know the right policies will make a difference, but at the moment South Africa is in a “self-inflicted mess of massive proportions – we still don’t even know the full extent of the mess”.

No surprise then that the 800+ audience was rather disheartened when Vinpro’s dynamic CEO Rico Basson took to the stage. While he delivered one of the day’s strongest quotes: “Sustainability can be explained in one word – cash flow”, he did turn around the negative sentiment. Without denying any of the bigger realities, his focus was on the successes within the wine industry.

The lower wine grape volumes inflicted by the drought and lack-lustre plantings resulted in structural price adjustments that were long overdue. Since 2019, plantings starting showing an upward curve for the first time in many years, indicating the effect of better pricing on the moral and profitability of wine grape farmers. At the same time, Basson welcomed the focus on value rather than volume and emphasised the importance of balance between price and volume.

The crop estimate and harvest expectations for 2020 were delivered by Vinpro’s Conrad Schutte, indicating good quality expectations and a crop bigger than 2019, but lower than the average of the last five years. This positive sentiment was carried through to one of the most enjoyable presentations on the day.

With his entertaining wit, Whyfive’s Brandon de Kock persuaded us that there is light at the end of the tunnel. Sharing consumer insights, De Kock indicated a South African market segment that we might have been neglecting. What he calls the “youthification” of South African society, means that 27% of the South African population is between 20 and 35. Since 2015, South Africa has also seen a 37% increase in the category of top end earners or the new economic elite – about 30% of whom are employed by the state. Marketing strategies need a paradigm shift – having a strategy for younger consumers is outdated – the youth strategy should be your strategy!

His consumer insights further showed that 75% of South Africans consume alcohol, with 45% who do drink wine. Wine is the best performing alcoholic beverage by category, not volume. It does mean that the potential wine market in South Africa is 5.6 million people of which 2.5 million are Millennials.

Hard not to be enthused by his convincing presentation, I expected good insight and learnings from Wine Australia’s Andreas Clark. And that we got. Sharing Australia’s resurrection strategy after their fall from fame, I realised that attitude and perseverance are two of the most important attributes in any business. It was however, when he explained the important contribution of Australia’s free trade agreements – especially with the Far East – as well as the exceptional government support received for research and development, that I once again realised that despite being innovative and focused, an industry such as ours can perhaps survive on its own, but to flourish, we need the buy-in from higher up.

And that was exactly the train of thought from the final speaker on the day. Dr John Purchase, CEO of the Agricultural Business Chamber (Agbiz) of South Africa who brought us his broad minded insights and global perspective. While agriculture shares the same challenges as our economy and country as a whole, he believes that President Ramaphosa and Minister Patel are committed to making our economy and industries such as agriculture work. Even with all the facts on the table, he believes agriculture to be a robust industry with potential and opportunity.

While it would be foolish to lose sight of reality, I gained some valuable insights from both inside the industry and outside sources. I left believing that the wine industry can make it, even given the bigger picture, and that for a while longer, we have to persist, hope and trust.