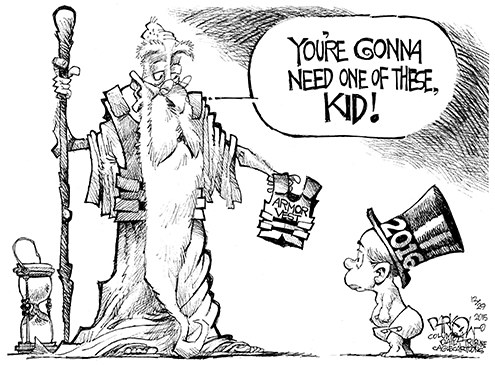 2016 was a bad year. Friends on Facebook, influencers on Twitter and newspaper headlines agree. Terror attacks, the Zika virus, celebrity deaths, war in the Middle East, the list continues.

It also puts 2016 in perspective. There is no denying that it was a rough year, with much sorrow and hatred and political surprises (Brexit and Trump might have been bad news for many, but as democratic decisions, they should be good news to most?). Are there any reasons to be positive about the past year?

Click here for 99 reasons why 2016 was a good year – from progress in conservation and global health to the generosity of those taking in refugees.

Although it is easy to get caught up in the doom and gloom, 2016 still gave us much to be thankful for. I really enjoyed the Chicago Tribune’s reader’s contributions, sharing why they are celebrating 2016 – read here.

Forgive me for being a bit sentimental – but as we stand on the eve of a New Year, we might just indulge a bit and even amidst the challenges and concerns of the bigger picture, treasure and embrace the everyday blessings we experienced in 2016. Wishing you a blessed and successful 2017!